The new series is set to premiere on Netflix on July 1st. Image Credit: YouTube / Netflix
The show's original creators have teamed up with the producers of 'Stranger Things' to revive the classic show.
Originally airing from 1987-2010, the classic 'Unsolved Mysteries' ran for 14 seasons and consisted of a whopping 581 episodes and 7 specials.

The show is best remembered for its host Robert Stack (who sadly died in 2003) as well as its re-enactments of various mysteries, unexplained phenomena and unsolved criminal cases.

Now its original creators - John Cosgrove and Terry Dunn Meurer - have teamed up with the producers of the Netflix hit series Stranger Things to bring Unsolved Mysteries back for the modern age.

"The iconic series Unsolved Mysteries is back!" Netflix wrote in a press release."Fusing signature elements from the original series with contemporary immersive, character-driven storytelling, the 12 new episodes are rooted in the experiences of ordinary people who have lived the unthinkable - from the trauma of a loved one's unexplained disappearance or horrific death, to the shock of a bizarre paranormal encounter."

"Alongside detectives and journalists, family members offer clues, present theories, and identify suspects, hoping one viewer holds the key to solving the mystery."

You can check out a trailer for the new series below.

It will be available to watch on Netflix from July 1st.

<< Previous story
Pluto may have always had a subsurface ocean

#11 Posted by Nuclear Wessel 2 years ago

#12 Posted by bookwormwen 2 years ago 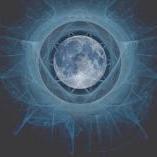 Very excited for this!

That’s part of the reason I’m going to at least watch the first episode/s: The ‘Stranger Things’ series has pretty good production value, well done CG and effects. So I’m interested to see at least how that aspect translates from a purely fictional and well received TV series, to an ‘Unsolved Mysteries’ show which is trying to be serious. Historically, IMO this genre has usually suffered from low production value. So it will at least be interesting to se how it feels, and what the first episodes content value is also. @rashore, any chance of setting up an ‘Unsolved Mysteries’ exclusive sub-for... [More]

Nah, no need for an exclusive sub-forum for the show. We can use this thread to discuss the series.

#15 Posted by Scholar4Truth 2 years ago

I used to watch Unsolved Mysteries when Robert Stack was host, but lost interest when Dennis Farina took over. It just didn't have that eerie vibe that Stack gave us. Hopefully this new series gives us that old feeling again.

Well I've already watched the first three episodes of it. No spoilers to any but looking forward to discuss them with all of you.

#17 Posted by Still Waters 2 years ago

I've added it to my watch list, that's as far as I've got.

#19 Posted by susieice 2 years ago

I think it was Lindsey Lohan in the movie I Know Who Killed Me. She was looking up doppelgangers. That was a long time ago.

Hate those shows! Talk about bottom of the barrel entrtainment. Making something out of nothing, cringy as xxxx

Data from Hunter Biden's laptop is real
Dreams and Consciousness