Who or what is flying UAPs over US skies ? Image Credit: US Air Force
US officials have asked the Pentagon to provide a full, unclassified report on the UFO phenomenon.
Following on from the recent release of declassified US Navy videos of pilots pursuing UAPs (or Unidentified Aerial Phenomena), Florida Sen. Marco Rubio - acting chairman of the Senate Intelligence Committee - has asked intelligence agency heads to compile together all currently available information on the topic of UFOs.

"The Committee remains concerned that there is no unified, comprehensive process within the federal government for collecting and analyzing intelligence on unidentified aerial phenomena, despite the potential threat," the request reads.

"The Committee understands that the relevant intelligence may be sensitive; nevertheless, the Committee finds that the information sharing and coordination across the Intelligence Community has been inconsistent, and this issue has lacked attention from senior leaders."If the bill passes the Senate, the report will need to be provided within 180 days.

UFO researcher Nick Pope, who famously investigated UFO reports for the British Ministry of Defense from 1991 to 1994, believes that this request stems from the fact that the senators were "disturbed" by what they had heard during a UFO briefing that was conducted last year.

"I welcome this long-overdue development," he told Fox News.

"It suggests that those senators who received last year's classified briefing on UFOs were disturbed by it and weren't satisfied with the current DOD position, i.e. simply stating that the mystery objects encountered by naval aviators remain unidentified."

Next story >>
Could aliens harness energy from black holes ?
Recent comments on this story

#8 Posted by TrumanB 2 years ago

And again, nothing will show up.

Well, given the opinion from experts on the subject....Cletus and Poot aliens do love to probe so having lots of TP on hand might be in turn a good idea. As far as intelligence community requesting "UFO" reports go,  so what?  while some with zero rhyme reason or logic jump and insist UFO doesnt mean "unidentified flying object" but rather aliens, UAP or Unidentified Aerial Phenomena the modern version of UFO doesnt mean alien either, so its beyond me when the folks who like tin foil hats insist something like this is the gov testing the waters getting ready for some epic DOD, i suppose they f... [More]

They want an unclassified report on the UFO phenomenon? I though that was what the published results of Blue Book was? Or do they mean they want a new one? Either way, classification criteria and how it is disseminated based on security clearance levels would likely yield very little of interest. If it's aliens they're looking for, they're going to be disappointed. 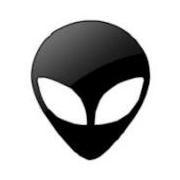 Project blue book -- project sign -- Project grudge   Technical Report No. 102-AC-49/15–100 aka The grudge report had 23% unknowns. That's back in the 50s. I dont know why they chose to not pursue it then or if they stopped at all, but it is good to see them pursuing it now. Blue book was never meant to be an unclassified report. It was merely a public relations effort nothing more. The best cases never showed up there(eg astronaut Slayton's). It is my belief though i have no proof that there was a parallel "blue book" somewhere that did and continued to do the real research all these year... [More]

#12 Posted by godnodog 2 years ago

honestly imo a report would be brief: "we regularly have sightings, some of them are documented with radar and/or video. There are witness reports, but the vast majority can not be verified, or the witnesses cannot be considered reliable. Overall the info gathered shows non identified phenomenons present technologies achievements that are not matched by current Earth, public or highly classified, capabilities. Origins and intents are unknown, but due to the vast chronological time of independent events, it seems, at first sight, to be non hostile unless provoked by our human standards. Despite... [More]

#13 Posted by Alchopwn 2 years ago

Replace the word "think" with "know" and of the tiny % that are at that moment "unexplaned" of course they are non hostile, as in there is nothing happening, no fighter jets shot from the sky to cities in ruins,  a lot of mundane prosaic things can hide in unexplaned. Stories are just stories, gear can and does malfunction. That starement means nothing, its dressed up to sound important and factual when its not proven at all just speculations, see... We simply have nothing to prove or even suggest to the out of box thinking, non dear believers that any extraterrestrials have ever, are here or ... [More]

They need to force declassification of the good stuff. What good is a report on what’s already declassified.

#16 Posted by godnodog 2 years ago

#17 Posted by stereologist 2 years ago

So far we have nothing to see. Maybe in a few months there will be something.