What type of seeds are these ? Image Credit: Twitter / @VaAgriculture
Authorities in three states are investigating why people have been receiving mystery seed packets from China.
According to reports, the seeds - which arrive in small packages with no indication of why they were sent or what type of seeds they contain - have been showing up in mailboxes in Washington, Utah and Virginia with the only clue to their origins being Chinese writing on the outside.

Officials have since warned people not to open the packets in case they are dangerous.

"Today we received reports of people receiving seeds in the mail from China that they did not order," the Washington State Department of Agriculture said on Friday.

"The seeds are sent in packages usually stating that the contents are jewelry. Unsolicited seeds could be invasive, introduce diseases to local plants, or be harmful to livestock."Anyone who receives the seeds should report them to the relevant authorities.

"Taking steps to prevent their introduction is the most effective method of reducing both the risk of invasive species infestations and the cost to control and mitigate those infestations."

#71 Posted by inhumanimplant 2 years ago 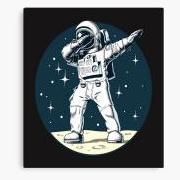 I could use a Mystery Seed right now.

They could have send empty bags for their sale brushing and people would have said that they countain virus... Most of the pictures show citrus seeds, these seeds are recalcitrant, they need to be fresh to germinate, so they are just there to add some weight it seems. Good luck planting them...

The technique is quite old and it's called "brushing scam". It basically consists in generating fake orders to boost ratings.  A good example of the practice:

#74 Posted by Aroundthecorner 2 years ago

Sowing the seeds of love.

#76 Posted by qxcontinuum 2 years ago

China must be banned, subject to embargo, separation and oblivion. Why is that still not happening?

Because the most (real) big boys&girls know what supply chain means, which you dont.

#78 Posted by qxcontinuum 2 years ago

That was 10 years ago, meanwhile local and smal manufactoring sector has bewn encouraged to produce and supply products to all of the major chain supliers. Will you buy steering parts from China? No it is from Mexico. Walk in a clothing store; it's now Bangladesh, go to buy food and you'll see enough local and S american groceries.

In your dreams. Check, for example, the steel and aluminium demand in the US which cannot be fulfilled by domestic capacities. Another example: active pharmaceutical ingredients (APIs) and finished drugs. The 2 main supply and manufacturing countries are China and India. Also in this case, the US demand cannot be fulfilled by domestic capacities. Same for electronics and a lot of other stuff as well Car manufactures do, US car manufacturers as well. I dont buy cheap and/or Bangladesh made clothes as a matter of principle. And BTW, I didnt talked about potatoes&apples, which should be from ... [More]

#80 Posted by Eldorado 2 years ago

Click here to view all 80 comments on this story