US, Israel in contact with ET, claims former chief

Is there really a secret pact between world governments and ET ? Image Credit: Haim Eshed
A retired Israeli security chief has claimed that we've been in contact with the 'Galactic Federation' for years.
According to Haim Eshed, who spent 30 years as head of Israel's space security program, both Israel and the United States have been in contact with intelligent extraterrestrials for years.

This 'Galactic Federation', he claims, made contact as part of their efforts to understand "the fabric of the universe" and have a base on Mars which is also home to representatives from both countries.

US President Donald Trump is not only aware of this, Eshed argues, but was also on the verge of disclosing the situation until the Galactic Federation stepped in to stop him from doing so.

They claimed that such a revelation would cause mass hysteria and that humanity first needed to "evolve and reach a stage where we will... understand what space and spaceships are.""If I had come up with what I'm saying today five years ago, I would have been hospitalised," said Eshed. "Every place that I went to at the academy with this, they said: The guy has lost his mind. "

"I have nothing to lose. I've received my degrees and awards; I am respected in universities abroad, where the trend is also changing."

The 87-year-old has now published a book - The Universe Beyond the Horizon: Conversations with Professor Haim Eshed - in which he details his experiences.

So far however, no concrete evidence of this alleged 'Galactic Federation' has been forthcoming.

I am one of those people who are often impressed by accolades...especially if they come from the fields of physics, aeronautics and other of that sort. Even military and aviation. Therefore, a small part of me believes that these things are real. Still, the biggest part of me thinks critically and wonders what's the catch...do they want money, publicity or they are just plain nut.

That's just it though...the 'accolades' give legitimacy to anything said or written after they are received.  The accolades say...but you cannot discount this guy because of...the accolades.  But...if you follow the yellow brick road to accolades, then you get accolades...if you follow the yellow brick road to cognitive thought process...you might not get any accolades for it...but...you still know when someone with accolades is bsing you!

Idk, if a bunch of probe happy ETs are heading here to have some intergalactic kegger hoarding TP and specific ointments might not be a bad idea

Regardless of what you may think about this story, this point seals it as bull**** for me. There's absolutely no way that anyone would allow Trump to have this kind of information and you shouldn't have to ask why I say that. Besides that, they probably don't give any POTUS that kind of information. They are temporary employees.

I read the last president to have this kind of information was Nixon.  The other thing is why only Israel and the U..S.?  There is just too much "specialness" to it.

#36 Posted by stereologist 2 years ago

If Trump learned about aliens it would be installed tweeted to the world with some irrational blather about (choose one - or more): A galactic trade war Firing the aliens Massive fraud in getting elected to a seat in the galactic senate It's the galactic federation virus The dumber part of the story has to be that the aliens signed a contract with the earthlings to do experiments to learn about the fabric of the universe 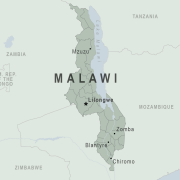 1.  The aliens aren't revealing themselves because humanity isn't ready...... but this guy publishing a book and revealing them is fine. 2.  "Trump knows about it." Sorry, no one is telling Trump absolutely anything of importance like this. They certainly aren't getting him involved.

Yep, we already agreed on those two points.  Welcome to the forum.

#39 Posted by Dreamer screamer 2 years ago

Galactic federation of Light is nothing more than total fraud. The channelers made a confession what a load of BS it was 8 odd years ago.

Click here to view all 39 comments on this story