Discarded rocket has collided with the Moon

Rocket parts can turn up in the unlikeliest of places. Image Credit: NASA / Sean Smith
The rocket is thought to have hit the Moon's far side after being tracked over the course of several years.
Space debris is fast becoming a major problem, prompting efforts in recent years to ensure that defunct rockets, spaceships and satellites are either carefully de-orbited or burnt up in the planet's atmosphere rather than being left to endlessly clog up Earth's orbit.

In this particular case, however, the space junk in question has instead ended up a little further afield.

First spotted in 2015, the three-ton object is thought to be either part of a Chinese space mission or an early SpaceX mission (as things stand nobody actually knows for sure which it is.)It is now thought to have struck the far side of the Moon, however this has yet to be officially confirmed.

If true, it will have left a small crater and will likely just sit there on the surface indefinitely unless future space explorers make an effort to remove it.

"It's important to keep an eye on what's [in orbit]," said Prof Hugh Lewis from the University of Southampton. "It's the mess we've created."

"Objects that we think are safe can actually return to Earth unexpectedly."

Iowa professor once suggested blowing up the Moon
4-19-2022

<< Previous story
Man claims to have been cursed by 'haunted' painting

#3 Posted by jethrofloyd 5 months ago

#4 Posted by and then 5 months ago

Several of the 3rd stage boosters from the Apollo moon missions were intentionally crashed into the lunar surface to test seismometers. https://physics.stackexchange.com/questions/32842/what-happened-to-apollos-saturn-third-stage-rockets https://www.space.com/31503-apollo-16-moon-rocket-crash-site-photo.html

#5 Posted by Poncho_Peanatus 5 months ago

So in other words, Space X will succesfully land on the moon before NASA. m'kay

#6 Posted by and then 5 months ago

#7 Posted by Poncho_Peanatus 5 months ago

just a matter of definitions

#8 Posted by Hyperionxvii 5 months ago

Oh noes. We will all be living on the side of cliffs in pods soon, they're going to break the moon!

#9 Posted by AnthonyS 4 months ago

#10 Posted by Eldorado 4 months ago

A wayward rocket stage is poised to bombard the moon on Friday (March 4), and the coming impact has earned some scientific attention. Reportedly, the Goldstone Solar System Radar near Barstow, California, is set to observe the object a few days before impact. And NASA's Lunar Reconnaissance Orbiter (LRO) will look for changes in the moon's exosphere — a very thin layer of gases — due to the crash and then later scan the lunar surface for the impact crater itself. The rocket stage is on track to slam into Hertzsprung Crater on the far side of the moon on Friday at 7:25 a.m. EST (1225 GMT). The ... [More]

#11 Posted by DieChecker 4 months ago

I read it crashed on the far side, so no pics of the impact. We should put a satellite that orbits the Moon to observe such phenomena.  With some luck it hit the Iron Sky nazi base.

#12 Posted by BeerDevil 4 months ago 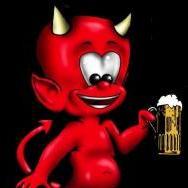