The messages were received on a BBC Micro computer. Image Credit: CC BY 2.0 Barney Livingston
Ken Webster and Debbie Oakes claim to have received numerous messages on their 80s BBC Micro.
The mystery, which has endured for more than 30 years, began after the couple moved into an old cottage on the North Wales border back in the 1980s.

While outside in their garden one evening, they noticed a peculiar green glow through the window.

After venturing back inside, they found that someone had written a message on their computer:

"True are the nightmares of a person that fears./ Safe are the bodies of the silent world./ Turn pretty flower turn towards the sun/ For you shall grow and sow/ But the flower reaches too high and withers in the burning light..."

Over time, they received several other messages from what they believed to be the ghost of an individual from the 16th-Century who identified himself as Lukas Wainman."What strange words you speak," it wrote in one message aimed at Ken.

"You are a worthy man who has a fanciful woman, and you live in my house - with lights which the devil makes - it was a great crime to have stolen my house. L.W."

Even stranger still, Ken also claimed that the couple had been receiving messages from another individual - this time someone claiming to be from the year 2109.

It has since been suggested that the house may exist on some sort of cross-section in time, enabling messages from different time periods to appear on the computer.

To date, however, no definitive explanation for these phenomena has ever been found.

Next story >>
Machu Picchu: have we been saying its name wrong for over 100 years ?
Recent comments on this story

I ve seen a old movie that had that all in it.

#19 Posted by Gumball 8 months ago

There is an episode of Dark Histories on YT about the Dodleston Messages. Gives a good bit of background if a little hard to follow at points.

PapaG, im proud of you, while you still gave paranormal way, way too high a percent especially since even you point out even in your fantasy world this story is unlikely the fact you do admit hoax is more likely is almost a breath of fresh air, keep up the good work there might be hope for you just yet.

#21 Posted by papageorge1 8 months ago

Never favoring the paranormal would be your idea of accuracy, eh. Never above 2% probably.

I know talking to you about some things is like talking to a rock, Yes pg you are correct i do not favor anything unproven not even 2% the rational logical approach is not to make a jump from "unknown" to in your case paranormal, to ghost. I do not include possible paranormal because nothing not one thing ever has been proven paranormal it would be riduculous to consider much less favor something unproven, where you claim "ghost" fits and is likely in your mind then any unproven would fit and be just as likely. Unproven is just that it has no % rate.

#23 Posted by stereologist 8 months ago

There is no evidence at all for the paranormal. Until it is the meter is broken if it shows above 0%. Are you going to give above 0% for the typing to have been done by an invisible rainbow farting unicorn?

#24 Posted by TashaMarie 8 months ago So they came home saw their computer on and thought ghost rather than intruder?

#25 Posted by Hyperionxvii 8 months ago

This all makes sense. Since images of ghosts can only be captured on 1990s cell phones, makes perfect sense that they can only communicate on 1980s computers.

#26 Posted by Hyperionxvii 8 months ago

The hacking is coming from inside the house! 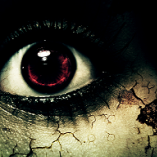 Dutch Government To Seize And Close 3,00...
Spirituality, Religion and Beliefs