Could this be the future of electronics ? Image Credit: POWERlab / 2022 EPFL
It might not be alive, but this remarkable chemical compound seems to be able to remember things for several hours.
In a world-first, researchers at the Ecole Polytechnique Federale de Lausanne (EPFL) in Switzerland have accidentally discovered the first known chemical compound to exhibit memory capabilities.

Known as vanadium dioxide, the compound is certainly not alive, but it does seem to be able to remember physical stimuli for several hours after the fact.

"Here we report electronically accessible long-lived structural states in vanadium dioxide that can provide a scheme for data storage and processing," the scientists wrote in a new paper.

"These glass-like functional devices could outperform conventional metal-oxide-semiconductor electronics in terms of speed, energy consumption and miniaturization, as well as provide a route to neuromorphic computation and multilevel memories."In other words, this new compound could represent an important breakthrough in the development of electronic devices as well as the way that data is stored and processed.

In the future, vanadium dioxide could even be a potential replacement for silicon in electronics.

"The VO2 seemed to 'remember' the first phase transition and anticipate the next," said Professor Elison Matiol, who heads up the lab at which the discovery was made.

"We didn't expect to see this kind of memory effect, and it has nothing to do with electronic states but rather with the physical structure of the material."

"No other material behaves in this way."

Could eye movements be the key to understanding memory?
6-21-2022

<< Previous story
Who exactly has permission to mine resources on the Moon ?

#3 Posted by jethrofloyd 6 months ago

Maybe a politicians of the future will be made of that material?

#4 Posted by SmartyPantsTwo 6 months ago 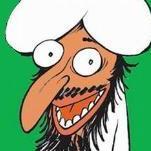 Pardon my asking the obvious, but haven't ROM chips been around for decades? For that matter CDs & DVDs are a form of "memory".  How is this "forgetful" technology supposed to be an improvement over anything,  -unless forgetfulness is the point?

#5 Posted by DanL 5 months ago

There is no advantage to a computer storing

#6 Posted by Abramelin 5 months ago

The original article on the ScienceAlert site will explain some of your questions: https://www.sciencealert.com/no-other-material-behaves-in-this-way-scientist-identify-a-compound-with-a-memory

#7 Posted by Rlyeh 5 months ago

#8 Posted by qxcontinuum 5 months ago

Not the best example , computers aren't natural occurrence. I would say quartz, water has memory too...etc

#9 Posted by Abramelin 5 months ago

Shifting the goal posts.  The material here is synthesized.

#11 Posted by qxcontinuum 5 months ago

https://m.imdb.com/title/tt3952638/   Water - a living substance, the most common and least understood. It defies the basic laws of physics, yet holds the keys to life. Known to ancients as a transmitter to and from the higher realms, water retains memory and conveys information to DNA. However, water can die if treated poorly. Water's arrangement of molecules can be influenced by such factors as sound, thoughts, intention, and prayer, as well as by such toxins as chlorine, affecting all that comes in contact with it. In this documentary, prominent scientists help reveal the secret of water, a... [More]

#12 Posted by Abramelin 5 months ago

The Atheist Experience
United States and the Americas