Bigelow returns with new $1M effort to contact the 'other side' 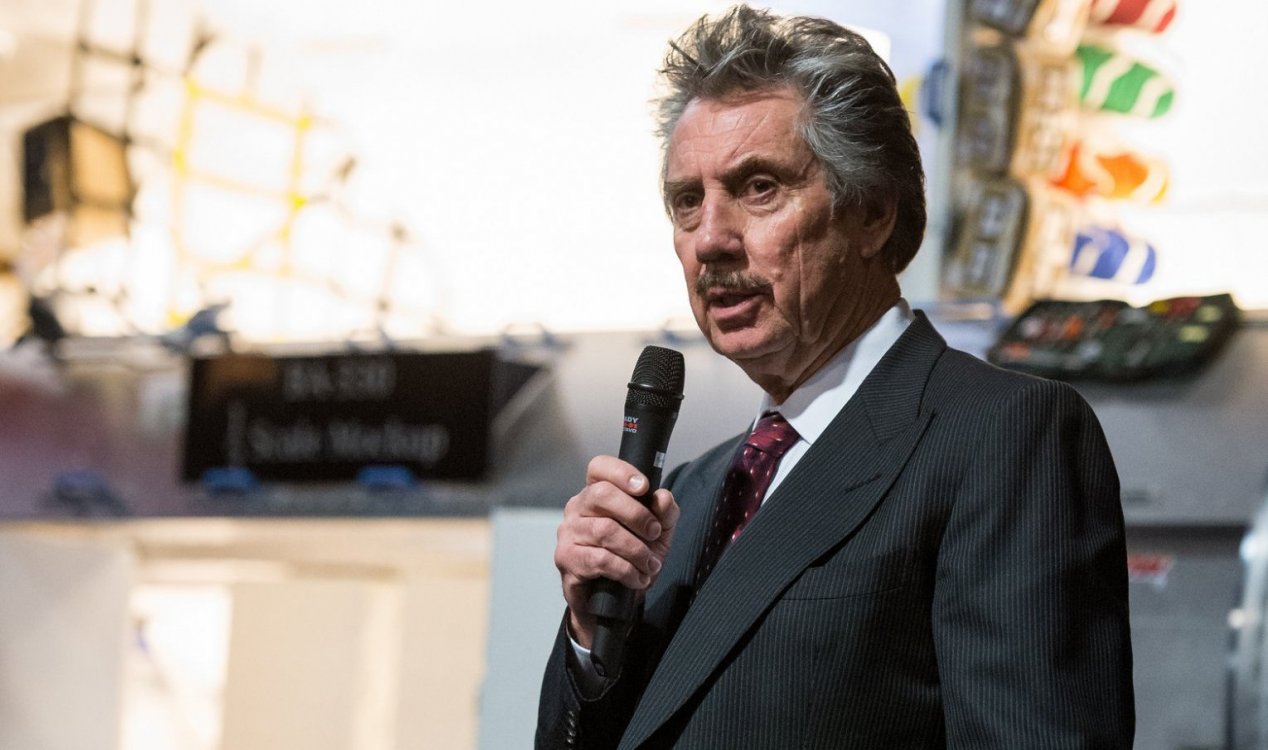 Bigelow has long held an interest in UFOs and the unexplained. Image Credit: NASA / Bill Ingalls
Robert Bigelow is offering grants of up to $1M to fund an attempt to communicate with someone who has died.
Back in 2021, the Bigelow Aerospace founder and entrepreneur launched a drive to encourage scientists, philosophers and other thinkers to pen essays laying down the case for life after death.

Through the Bigelow Institute for Consciousness Studies, he offered prizes totaling $1M for the best and most convincing entries.

In the end, 29 essays were selected.

"The winners were chosen based on the power of the arguments presented and on how persuasively the essays made the case for survival of human consciousness beyond a reasonable doubt," the institute said in a statement at the time.Now, however, it seems as though Bigelow is not done with his mission to prove that there is an afterlife because he is following up the essays contest with a drive for researchers to conduct actual experiments resulting in genuine communication with someone on the 'other side'.

Another $1M is up for grabs, divided up into several smaller grants to be awarded to research teams based on the value of their proposals laying out how they intend to accomplish this.

According to the website, "the research is to be exclusive to the survival of human consciousness beyond permanent bodily death" as well as "exclusively focused on contact or communication with the 'other side'."

Exactly how researchers will propose to accomplish such a feat remains unclear, but it will certainly be interesting to see what the winning teams are planning to do.

Bigelow is clearly dedicated to finding an answer to what is perhaps the biggest unexplained mystery of the human condition and is unlikely to be satisfied until he has found it.

I feel very strongly that there is something for us when we leave this life. It took me a long time to accept it but it’s not one of those things you can just tell someone and expect them to believe in it. It took losing many friends and relatives over the years. And then I lost my mother a few years back. And within a few days I could be anywhere at anytime of the day or night and I could feel the presence of those people. As if they were standing in front of me and I walked straight through them. And the weird part was that my mind was not focused on them it happened out of blue. I could sen... [More]

Hi this is serius, human body can easylly penetrated by a spirit or soul from unexplain word...and lamuroc milam can deal talk with them...

Thats just it isnt it belief?  grief how humans deal with loss is a very personal thing you and i went different sides of the fork in the road as i got older i lost things, friends family health, other less tangible things too. i dont feel those lost around me and its not because of some hokey flaw in me that im not open to it unless the thing im not open to is pointless delusions of fantasy that only serves to further let me down. How bad it would suck to be lets say the out of body spirit or soul of my grandmother, in her early 90s the stroke that stopped her living a day after took away "he... [More]

I'm afraid money is only powerful to us while we are here, you can't control the paranormal Mr Bigelow.

But she's always with you bats and always will be. She's in your heart and DNA even if you don't believe.

Can you just imagine the line of charlatans who will line up for this gilden goose. A fool and his money....

#21 Posted by stereologist 10 days ago