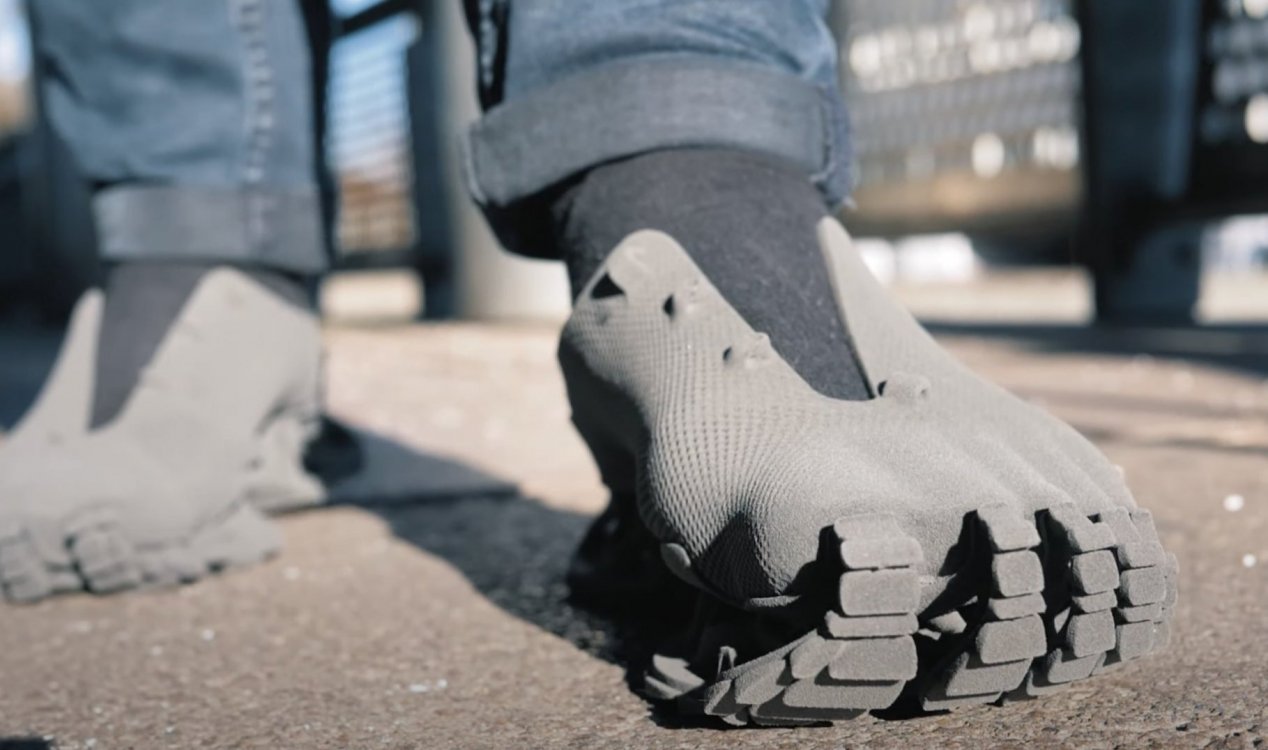 The future of Bigfoot-inspired footwear ? Image Credit: YouTube / SINTRATEC
A German designer has developed a rather unusual shoe that can be put together using 3D-printed parts.
This unique form of footwear, which is the brainchild of architect and designer Stephan Henrich, has been named "The Cryptide Sneaker" in homage to the legendary creatures that inspired its unusual design.

Described by maker Sintratec as "creature-like footwear", the shoes are made of a 3D-printed rubber material that is used in different ways to create varying strengths and thicknesses.

The result is unique to say the least."If you wear this shoe, you will leave traces like a cryptid would do," said Henrich.

Looking at the bottoms of the shoes, it's not difficult to see why - the soles are abnormally wide and even feature toe-like structures on the front of them.

If you walked around with these on, it's not difficult to imagine that you would leave behind footprints not dissimilar to those thought to belong to North America's elusive hairy hominid.

Whether or not shoes such as these are likely to catch on, however, remains to be seen.

#1 Posted by Abramelin 14 days ago

I've got something hidden in my snickers that could leave a trail like a giant anaconda if I drag it along. sigh

California School With Social Justice A...
Cryptozoology, Myths and Legends