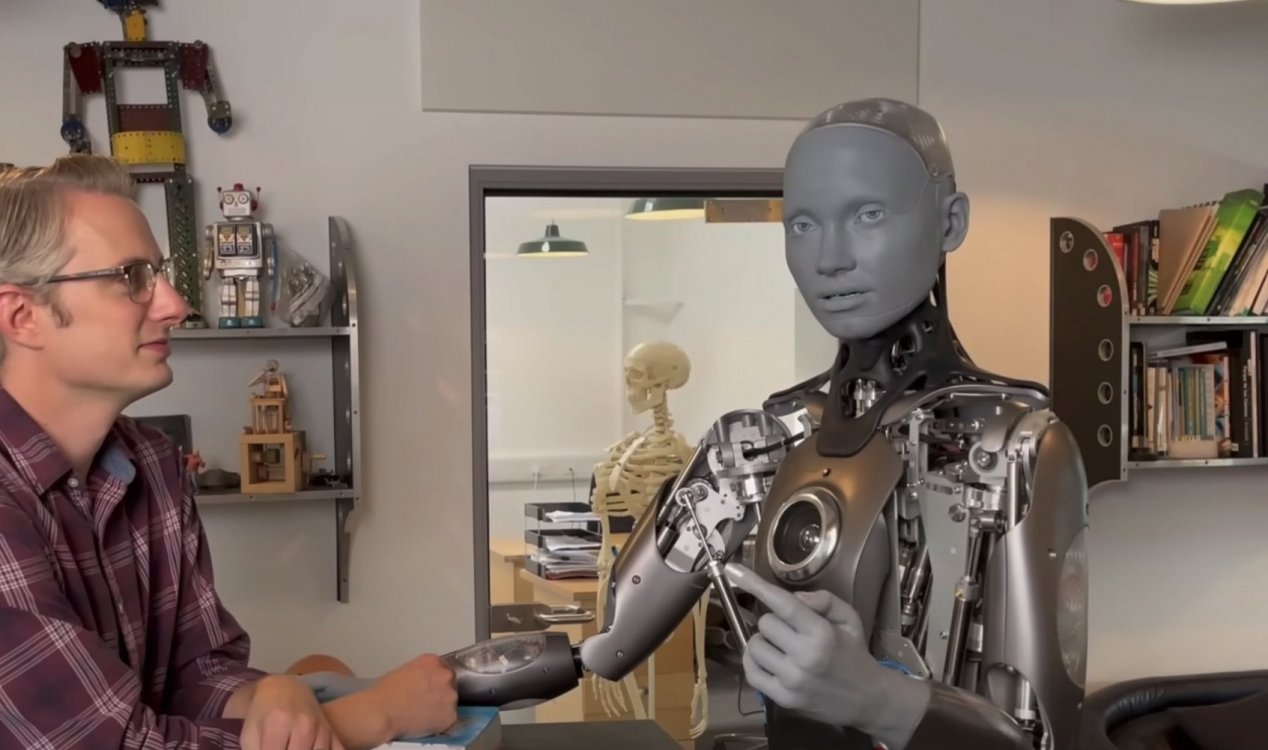 At least this is one robot we won't have to worry about... Image Credit: YouTube / Engineered Arts
A robot capable of mimicking human expressions has offered its assurances that it has no plans for world domination.
The scenario of a world taken over by sentient robots bent on wiping out their human masters has been covered in numerous science-fiction movies, books and TV shows over the years, but just how likely is it that something like this could actually happen in real-life ?

Perhaps the best way to answer this question is to talk to an actual robot.

In a recent video posted up by British robotics company Engineered Arts, various individuals can be seen having a conversation with Ameca - an impressively life-like humanoid robot capable of mimicking human expressions and mannerisms.

The robot has a fully articulated head and neck, as well as multiple articulations in its face to enable a wide range of subtle movements.

In one clip, a man asks Ameca about a book entitled 'robots' that is sitting on the table."There's no need to worry," Ameca replies. "Robots will never take over the world."

"We're here to help and serve humans, not replace them."

According to the video's caption, Ameca uses voice recognition software to understand what the person is saying to her and then uses artificial intelligence to generate a response.

"Nothing in this video is pre scripted - the model is given a basic prompt describing Ameca, giving the robot a description of self - its pure #ai," the caption reads.

#3 Posted by DreadLordAvatar 13 days ago

#5 Posted by Buzz_Light_Year 13 days ago

If a robot is intelligent enough, it would say that it doesn't intend to take over the world even if it intends to do it.

Oh sure, bring in Ameca, the “nice” robot to lull us into a false sense of security right before she flips, goes Helter Skelter and wipes us all out.

#9 Posted by qxcontinuum 10 days ago

#10 Posted by MissJatti 8 days ago

Of course it would say that, even humans can lie with a straight face

Let's hide our clothes, boots and motorcycles just in case.