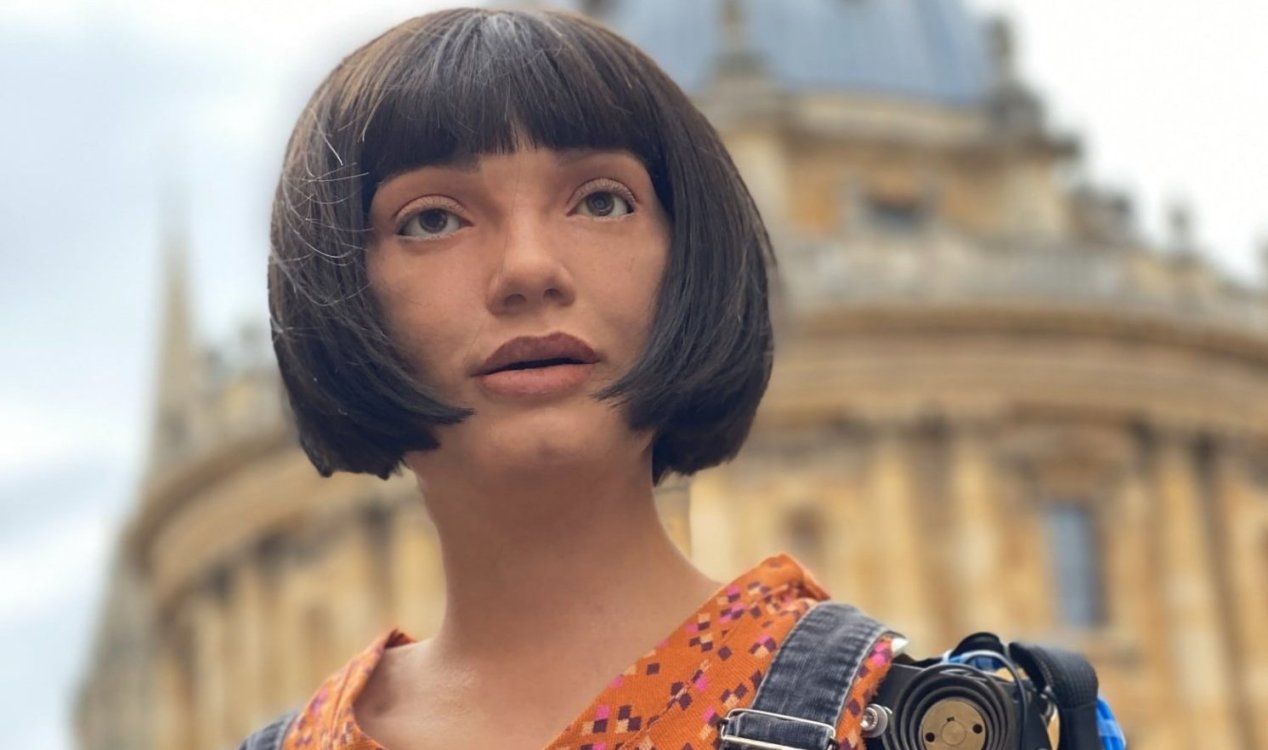 Ai-Da represents the artistic side of robots and artificial intelligence. Image Credit: The Ai-Da Project
A robot named Ai-Da turned heads today after speaking at a committee hearing taking place in the UK parliament's upper house.
Developed by Aidan Meller, who is a specialist in modern and contemporary art, Ai-Da is perhaps the most unusual individual ever to speak in the House of Lords.

Sporting a short black bob, a pair of dungarees and two unskinned artificial arms, the eerily life-like contraption spoke to the House of Lords Communications and Digital Committee today on the topic of whether creativity was under attack by artificial intelligence and technology.

It's certainly a valid topic - in recent years we've been seeing an increasing number of images being produced by AI algorithms and it is reasonable to imagine that it won't be long before computers can produce images as convincing as those produced by a human artist or illustrator.

"Ai-Da challenges what it means to be an artist in a post-human world," said Meller."Her abilities as an artist brings into question the foundations of the art world and the creative industries. Ai-Da's maiden speech at the House of Lords will help us to understand how an AI robot sees the world and what that means for the future of creativity."

Ai-Da's inaugural appearance in the house went mostly without a hitch, although there was a moment when she had to be reset due to a technical issue which left her cross-eyed.

The committee members seemed quite intrigued as she laid out her case.

"I believe that machine creativity presents a great opportunity for us to explore new ideas and ways of thinking," she said. "However, there are also risks associated with this technology which we need to consider carefully."

"We need to think of benefits and limitations, and consider ethical implications."

Next story >>
Discovery of 6,000-year-old skull confirms legend of lost tribe in Taiwan
Recent comments on this story

Once they develop one that can clean house and make me a sandwich I'm all in.

#3 Posted by Festina 2 months ago

#4 Posted by Scholar4Truth 2 months ago

#5 Posted by pallidin 2 months ago

#6 Posted by Berwen 2 months ago

Be very careful folks! This sort of technology scares me and most people and whose bidding does a robot do?

#7 Posted by SHaYap 2 months ago

The more they look like humans the creepier they become.

#9 Posted by Hyperionxvii 2 months ago

"A robot named Ai-Da turned heads today after speaking at a committee hearing taking place in the UK parliament's upper house." Discovers within seconds that it is the only entity in the room that even has a resemble of something sentient.

#10 Posted by woopypooky 2 months ago

my art practices include all of the above that's what the robot say. above? so fake. It is reading from somewhere.   basically just a speaker & mic with internet and audio sensor for headtracking

#11 Posted by LadyPhoenix 11 days ago

Depends on the programming.  Does anyone trust the programmer enough to want one of these in their home?  Thanks, but no thanks!