Archaeologists have unearthed the tomb of the real-life Santa Claus 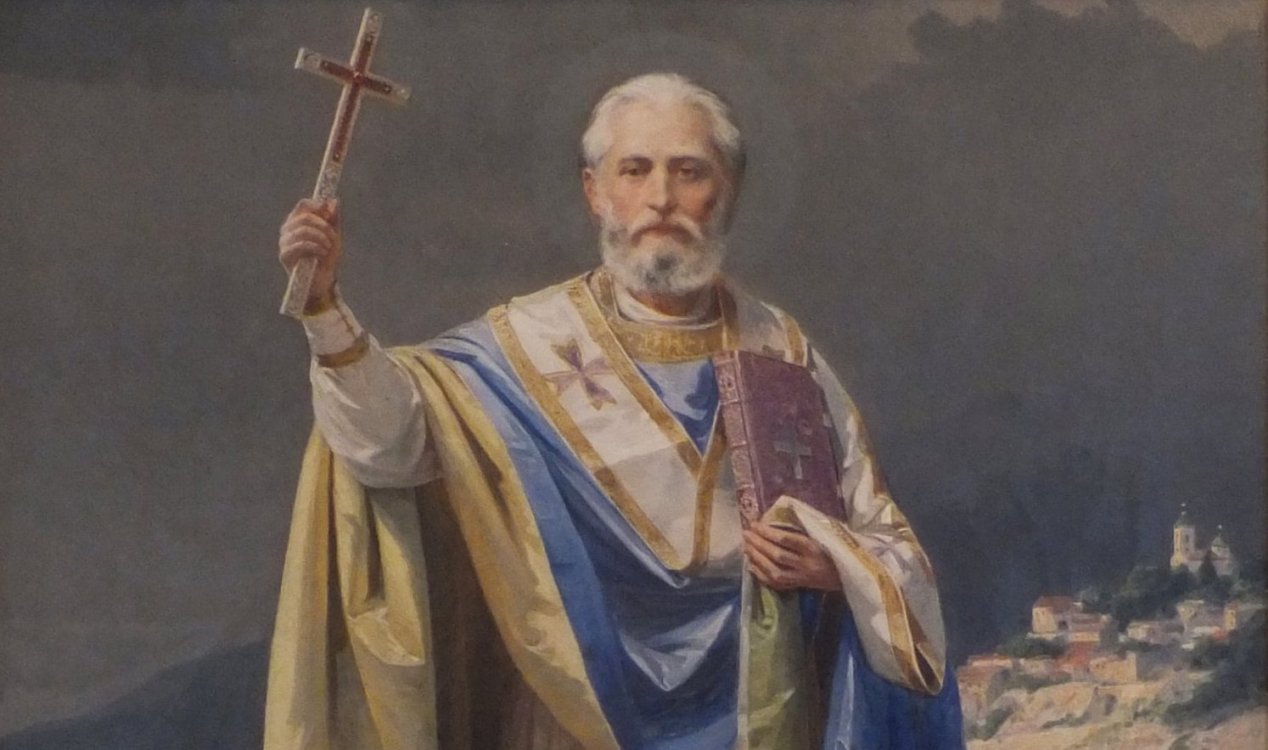 The real-life Santa Claus. Image Credit: PD
The tomb of St Nicholas - the real-life inspiration behind Santa Claus - lived and died around 1,700 years ago.
The discovery, which was made by archaeologists with the provincial cultural heritage preservation board in Antalya, Turkey, centers on the ancient church of Demre - a town in the country's Antalya district which was submerged by rising sea levels in the Mediterranean many centuries ago.

In later years, a second church was constructed on top of the old one to help protect it and it is this church that has been subject to recent archaeological excavation and study.

Now researchers working at the site have finally managed to uncover the ruins of the old church and have revealed the original floor on which Saint Nicholas himself would have once stepped.

It's a significant find because archaeologists have been searching for his tomb for years.

"The first church was submerged with the rise of the Mediterranean Sea, and some centuries later, a new church was built above," said the preservation board's leader, Osman Eravsar."Now we have reached the remains of the first church and the floor on which Saint Nicholas stepped."

"The tiling of the floor of the first church, on which Saint Nicholas walked, has been unearthed."

The man himself became the real-life inspiration behind the modern-day Santa Claus due to his alleged generosity and for the various miracles that were attributed to him.

The story goes that he rescued three girls from prostitution by visiting their home each night and throwing gold coins through the window so that their father could pay a dowry on each one.

This later contributed to the idea of Santa Claus entering people's homes and leaving presents.

Next story >>
NUFORC head estimates he's logged as many as 180,000 UFO reports
Recent comments on this story

#19 Posted by XenoFish 4 months ago

It didn't say where the name Kris Kringle came from.   That is the story I was thinking of.  A toy maker that took care of poor children in winter.  And the current U.S. version is a total fairy story.

#21 Posted by XenoFish 4 months ago

Santa was based off of St. Nicholas. Clarification can goes miles.

Santa's true story is in a magical fantastic book by Lyman Frank Baum, which was later made into a movie for you non readers. The life and adventures of Santa Clause.

#23 Posted by Occupational Hubris 4 months ago

#24 Posted by jethrofloyd 4 months ago

Santa Clause is based on the life of Jim Carrey.

#25 Posted by Buzz_Light_Year 4 months ago

That was me 42 years ago. I was a Santa in the Marines and boy oh boy Santa didn't need a sleigh to fly that night.

Please tell me it was decorated with candy canes, clove oranges, and tinsel

#27 Posted by HollyDolly 3 months ago

St. Nicholas was known for his charity to the poor. One day legend has it, he heard about three poor sisters. In those days, women oftwn brought a dowery with them when they married. Money, land titles or even livestock. Some religious orders of women in the Catholic church also required one when you joined that particular oder. Anyhow, the women had no money to give to their fiances family, so St.Nicholas gave each girl a bag of money. It is from this that we get the three golden balls of the pawn brokers sign in the old days. I think in Europe they still use it, not so much here.

#28 Posted by HollyDolly 3 months ago

Well, I looked at the fresco, and it looks like they turned a mushroom into a tree with Adam and Eve. Very crude painting. Saw a painting in a book The Holy Grail , Legend of the Western World by Franjo Terhart. It is a romanesque  paining in the Chapel of Tahull of Repanse de Schoye, the grail bearer in the Catalan Pyrenees(Spain). The chapel's actual name is St.Climente (St.Clement). It's a masterpiece compared to the Adam and eve with the magic mushroom tree.

Opening portals in the physical world
Cryptozoology, Myths and Legends