Alien technosignatures could be our introduction to extraterrestrial life 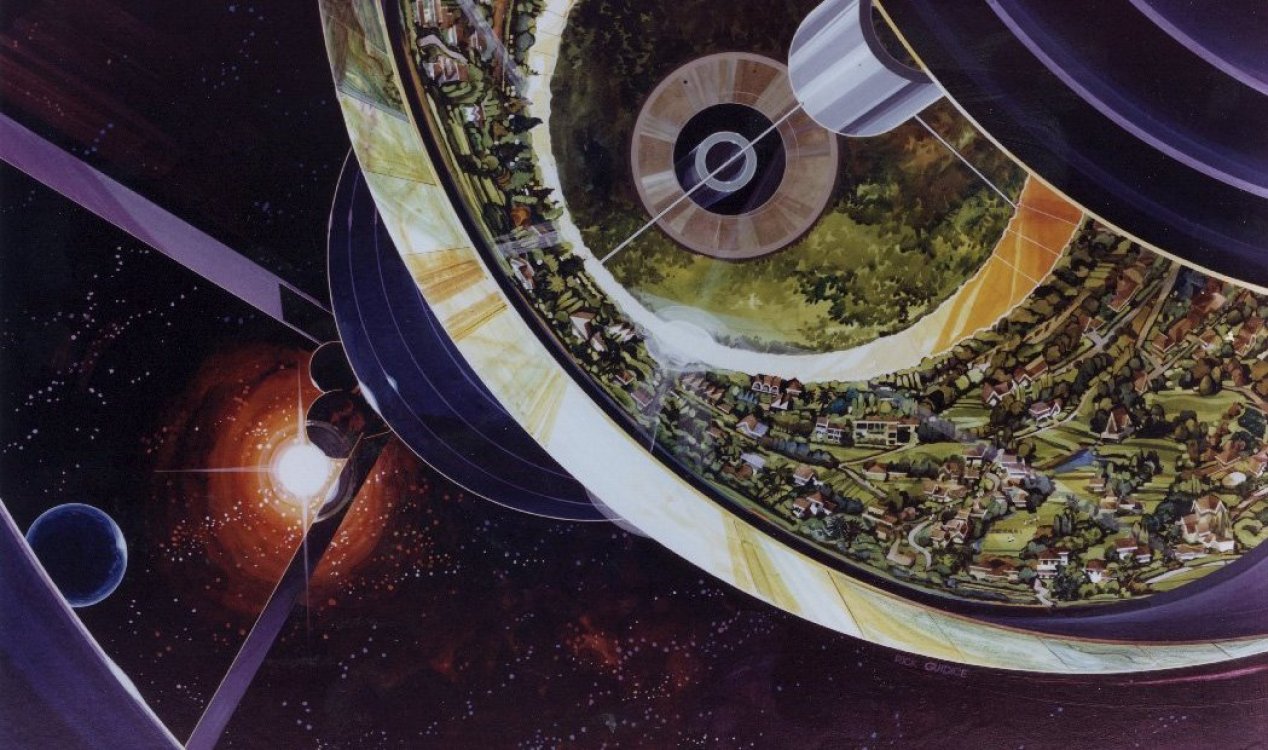 Astronomers may be able to detect alien signals or structures. Image Credit: NASA / Rick Guidice
Two astronomers discuss their efforts to scour the heavens for signs of extraterrestrial technology.
If an alien were to look at Earth, many human technologies - from cell towers to fluorescent light bulbs - could be a beacon signifying the presence of life.

We are two astronomers who work on the search for extraterrestrial intelligence - or SETI. In our research, we try to characterize and detect signs of technology originating from beyond Earth. These are called technosignatures. While scanning the sky for a TV broadcast of some extraterrestrial Olympics may sound straightforward, searching for signs of distant, advanced civilizations is a much more nuanced and difficult task than it might seem.

Saying āhello' with radios and lasers

The modern scientific search for extraterrestrial intelligence began in 1959 when astronomers Giuseppe Cocconi and Philip Morrison showed that radio transmissions from Earth could be detected by radio telescopes at interstellar distances. The same year, Frank Drake, launched the first SETI search, Project Ozma, by pointing a large radio telescope at two nearby Sun-like stars to see if he could detect any radio signals coming from them. Following the invention of the laser in 1960, astronomers showed that visible light could also be detected from distant planets.

These first, foundational attempts to detect radio or laser signals from another civilization were all looking for focused, powerful signals that would have been intentionally sent to the solar system and meant to be found.

Given the technological limitations of the 1960s, astronomers did not give serious thought to searching for broadcast signals - like television and radio broadcasts on Earth - that would leak into space. But a beam of a radio signal, with all of its power focused towards Earth, could be detectable from much farther away - just picture the difference between a laser and a weak light bulb.

The search for intentional radio and laser signals is still one of the most popular SETI strategies today. However, this approach assumes that extraterrestrial civilizations want to communicate with other technologically advanced life. Humans very rarely send targeted signals into space, and some scholars argue that intelligent species may purposefully avoid broadcasting out their locations. This search for signals that no one may be sending is called the SETI Paradox.

Though humans don't transmit many intentional signals out to the cosmos, many technologies people use today produce a lot of radio transmissions that leak into space. Some of these signals would be detectable if they came from a nearby star.

The worldwide network of television towers constantly emits signals in many directions that leak into space and can accumulate into a detectable, though relatively faint, radio signal. Research is ongoing as to whether current emissions from cell towers in the radio frequency on Earth would be detectable using today's telescopes, but the upcoming Square Kilometer Array radio telescope will be able to detect even fainter radio signals with 50 times the sensitivity of current radio telescope arrays.

Not all human-made signals are so unfocused, though. Astronomers and space agencies use beams of radio waves to communicate with satellites and space craft in the solar system. Some researchers also use radio waves for radar to study asteroids. In both of these cases, the radio signals are more focused and pointed out into space. Any extraterrestrial civilization that happened to be in the line of sight of these beams could likely detect these unambiguously artificial signals.

Aside from finding an actual alien spacecraft, radio waves are the most common technosignatures featured in sci-fi movies and books. But they are not the only signals that could be out there. In 1960, astronomer Freeman Dyson theorized that, since stars are by far the most powerful energy source in any planetary system, a technologically advanced civilization might collect a significant portion of the star's light as energy with what would essentially be a massive solar panel. Many astronomers call these megastructures, and there are a few ways to detect them.

After using the energy in the captured light, the technology of an advanced society would re-emit some of the energy as heat. Astronomers have shown that this heat could be detectable as extra infrared radiation coming from a star system.

Another possible way to find a megastructure would be to measure its dimming effect on a star. Specifically, large artificial satellites orbiting a star would periodically block some of its light. This would appear as dips in the star's apparent brightness over time. Astronomers could detect this effect similarly to how distant planets are discovered today.

A whole lot of pollution

Another technosignature that astronomers have thought about is pollution.

Chemical pollutants - like nitrogen dioxide and chlorofluorocarbons on Earth are almost exclusively produced by human industry. It is possible to detect these molecules in the atmospheres of exoplanets with the same method the James Webb Space Telescope is using to search distant planets for signs of biology. If astronomers find a planet with an atmosphere filled with chemicals that can only be produced by technology, it may be a sign of life.

Finally, artificial light or heat from cities and industry could also be detectable with large optical and infrared telescopes, as would a large number of satellites orbiting a planet. But a civilization would need to produce far more heat, light and satellites than Earth does to be detectable across the vastness of space using technology humans currently possess.

Which signal is best?

No astronomer has ever found a confirmed technosignature, so it's hard to say what will be the first sign of alien civilizations. While many astronomers have thought a lot about what might make for a good signal, ultimately, nobody knows what extraterrestrial technology might look like and what signals are out there in the Universe.

Some astronomers support a generalized SETI approach which searches for anything in space that current scientific knowledge cannot naturally explain. Some, like us, continue to search for both intentional and unintentional technosignatures. The bottom line is that there are many avenues for detecting distant life. Since no one knows what approach is likely to succeed first, there is still a lot of exciting work left to do.

#1 Posted by pallidin 1 month ago

Whereas most detection schemes seem wholly impractical or the signal simply too faint, for myself I do like the idea of detecting "chemical pollutant signatures" in an extrasolar planets' atmosphere. With the recently deployed James Webb Space Telescope (JWST), I understand that part of the planned efforts for JWST is to do that form of investigation.

#2 Posted by astrobeing 1 month ago

But the flaw is that we have to assume the planet is exactly like Earth before we can assume that a chemical in its atmosphere couldn't have been produced naturally, on a planet we know nothing about. We don't know all the ways these presumed pollutants could have been produced naturally. We already went through this chemical signature fiasco two years ago with phosphine.