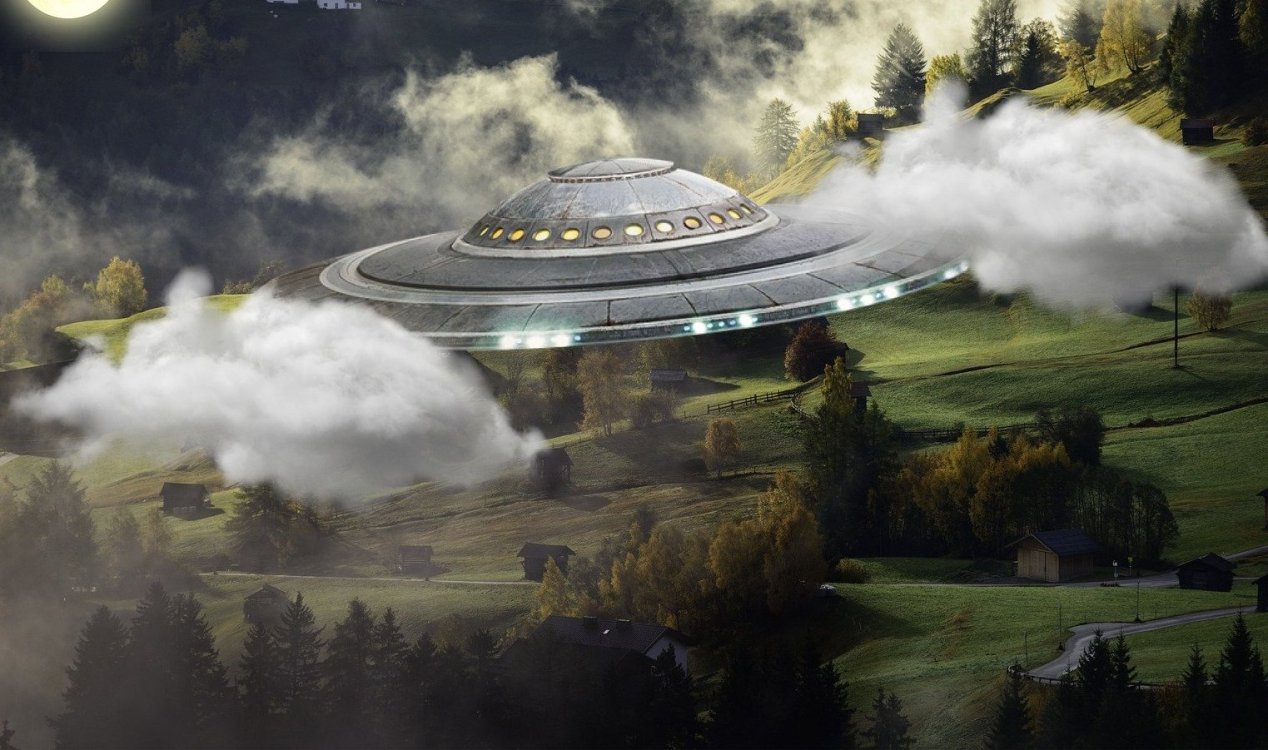 Did Woodcock see alien visitors, or something else ? Image Credit: Pixabay / andischlereth
Gerry Woodcock encountered something potentially out-of-this-world one summer afternoon four years ago.
The 89-year-old retired fish tackle shop owner, who lives in Cliffton, England, had been returning to his home at around 5:30 pm following a fishing trip when he spotted something in the sky overhead.

"What I saw was a big orange ball, about as big as two airliners, followed by two more grey objects," he recalled. "It came from the west and went towards the east."

"It was unreal, I was frozen to the ground it was so vivid. The clouds were at a medium height and it was just above them. It was absolutely round, there was no noise just moving."

"They were not of this world."

Woodcock hopes that speaking out about his sighting will encourage other witnesses to come forward."I have seen something that probably no-one else has seen," he said. "It proves without doubt that they (aliens) are out there, people think it's a load of rubbish but it's not. They are definitely there."

According to his son, the experience has had a profound effect on him.

"It was an unusual thing that he saw and he can't let it go," he said.

"Every so often he'll mention it, he watches UFO documentaries since he saw that. He realized that there are UFOs out there."

"I believe him, I believe that there are objects that we don't know what they are."

<< Previous story
Alien technosignatures could be our introduction to extraterrestrial life

Next story >>
This NASA-built 'flying saucer' is real, but it's not what you think
Recent comments on this story

#1 Posted by HSlim 1 month ago

#2 Posted by jethrofloyd 1 month ago

A little bit of topic, but I just watched 'Unsolved Mysteryes' episode Something in the Sky. It is abbout famous Muskegon UFO case 1994. And, I wonder what is a opinion of people here about it?

I wonder how much ufo's cost nowadays. Two hundred million dollars? More?   Who builds them? Where? Who are the subcontractors?   How many drug addicts are required to finance one ufo?