This NASA-built 'flying saucer' is real, but it's not what you think 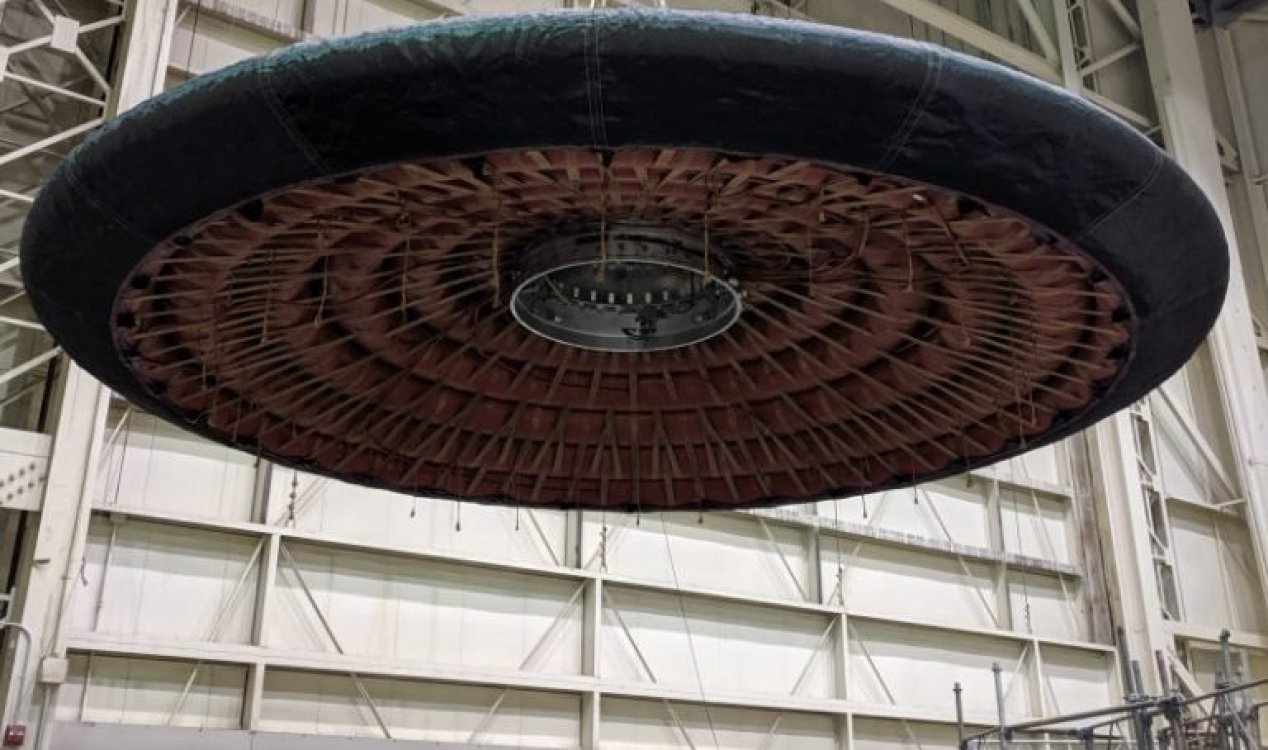 It looks like a UFO and it could help us land on other worlds. Image Credit: NASA / Greg Swanson
NASA is preparing to test one of its latest creations - and it could very well spark a spate of UFO sightings.
It might have the appearance of something you'd see in a 1950's science fiction B-movie, but this intriguing saucer-shaped disc is in fact a new type of inflatable heat shield that could one day be the key to landing humans on Mars.

Known as the Hypersonic Inflatable Aerodynamic Decelerator (HIAD), the shield - which has been in development for several years - consists of a number of high-strength balloons that have been designed to withstand the extreme temperatures experienced during atmospheric re-entry.

Next month it will be launching from Vandenberg Space Force Base in California aboard a ULA Atlas V 401 rocket on a test mission known as LOFTID (the Low-Earth Orbit Flight Test of an Inflatable Decelerator) during which it will expand to over six meters in diameter.What makes the HIAD particularly useful is its ability to slow down large, heavy objects in addition to protecting them during re-renty, enabling - for instance - large vehicles to land on other worlds.

Such a function could be critical in the future when much larger and heavier spacecraft will be needed to land habitation modules, supplies and equipment on Mars.

"Since HIAD technology is larger than traditional aeroshells, it creates more drag and starts the deceleration process in the upper reaches of the atmosphere, allowing not only heavier payloads, but also landing at higher altitudes," NASA wrote in a statement.

"The atmosphere of Mars is much less dense than that of Earth and provides an extreme challenge for aerodynamic deceleration. The atmosphere is thick enough to provide some drag, but too thin to decelerate the spacecraft as quickly as it would in Earth's atmosphere."