Five upcoming space missions to look out for in 2023 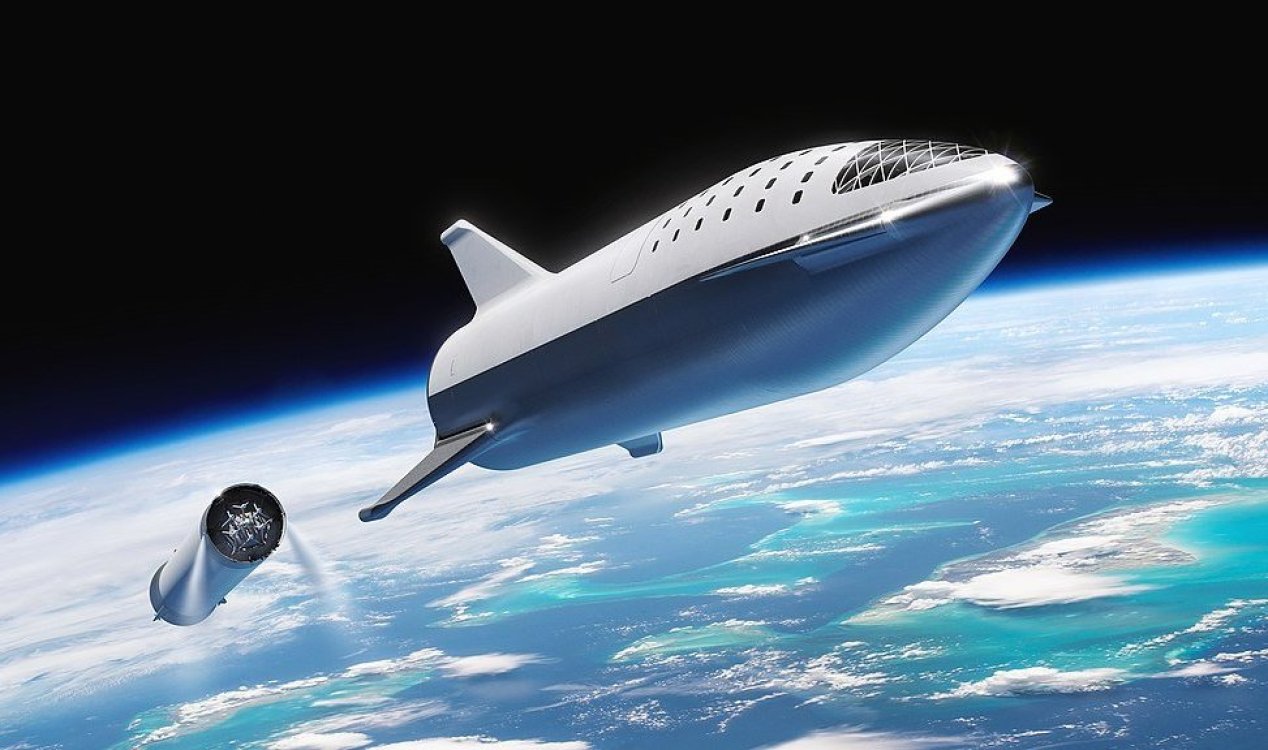 Elon Musk's StarShip is one to look out for this year. Image Credit: SpaceX
It has been an eventful year for the space industry, but there's much more to come over the next 12 months.
It's been an eventful year for space exploration, with successes including the completion of Nasa's Artemis 1 mission (finally), the inauguration of the James Webb Space Telescope, and the completion of China's Tiangong space station.

2023 is set to be another busy year. Here are five of the most exciting missions to watch out for.

In April, the European Space Agency (Esa) is set to launch the Jupiter Icy Moons Explorer (Juice), in what will be Europe's first dedicated robotic mission to Jupiter. Juice is due to reach the planet in July 2031 after performing an incredible flight path through the Solar System. The mission will enter into orbit around Jupiter and perform numerous flybys of its large icy moons: Europa, Ganymede and Callisto.

After four years of moon flybys, Juice will then enter into orbit around Ganymede, the largest moon in the Solar System - becoming the first spacecraft ever to reach orbit around the moon of another planet. The icy moons of Jupiter are interesting as they are all believed to host oceans of liquid water beneath their frozen surfaces. Europa, in particular, is regarded as one of the most likely abodes in the Solar System for extra-terrestrial life.

Juice will be equipped with ten scientific instruments including ice-penetrating radar to study the internal oceans. This use of radar is a practical first step in mapping the sub-surface oceans, paving the way for more exotic future missions involving submersible vehicles - some of which have already been put forward. The launch window runs from April 5 to April 25.

Although no date has been announced by aerospace company SpaceX at the time of writing, the first orbital test flight of the super-heavy Starship spacecraft is highly anticipated to occur in early 2023. Starship will be the largest spacecraft capable of carrying humans from Earth to destinations in space (the International Space Station is larger, but it was assembled in space). It will be the most powerful launch vehicle ever to fly, capable of lifting 100 tonnes of cargo to low Earth orbit.

Starship is the collective name for a two-component system consisting of the Starship spacecraft (which carries the crew and cargo) and the Super Heavy rocket. The rocket component will lift Starship to some 65km altitude before separating and returning to Earth in a controlled landing. The upper Starship component will then use its own engines to push itself the rest of the way to orbit.

Several short test flights of the Starship portion of the system have been made with varying degrees of success. But the upcoming flight will be the first time the whole system will be used to reach space as one. This first orbital flight was originally scheduled to launch in September 2022, but has been delayed several times.

The long-awaited dearMoon project, which will take members of the public on a six-day trip around the Moon and back, is due for launch on Starship and was originally planned for 2023. The exact date will depend on the successful test of Starship, but has been on the books since 2018. It will be the first true deep space tourism launch.

Financed by business entrepreneur Yusaku Maezawa, a competition was set up to select eight members of the public (and an unknown number of crew) to join Maezawa on the trip - all completely paid for. The winners and criteria used have not been disclosed, although it is suspected the guests may be established or aspiring artists. This mission will mark a big change in the way we think about space, as previously only astronauts picked using incredibly stringent criteria have been able to go into deep space (note: we are not counting brief 10-minute jaunts up to 100 km). A full trip of several days poses extreme risks, both in terms of health and engineering.

The success or failure of the dearMoon mission could affect whether deep space tourism becomes the next big thing, or it is relegated back to being a pipe-dream.

The Origins Spectral Interpretation Resource Identification Security - Regolith Explorer, mercifully more commonly known as OSIRIS-REx, is a Nasa mission to near-Earth asteroid Bennu. A key goal of this robotic mission was to acquire samples of Bennu and return them to Earth for analysis.

OSIRIS-REx is now fast returning to Earth with up to a kilogram of precious asteroid samples stored aboard. If all goes well, the capsule will detach from the spacecraft, enter the Earth's atmosphere and parachute to a soft landing in the deserts of Utah on September 24. Asteroid sample return has only been achieved once before, by the Japanese Space Agency's Hayabusa 2 mission in 2020.

Bennu is an approximately diamond-shaped world just half a kilometre in size, but has many interesting characteristics. It is believed to have broken off from a much larger asteroid in the first 10 million years of the Solar System. Some of the minerals detected within it have been altered by water, implying that Bennu's ancient parent body possessed liquid water.

It also has an abundance of precious metals, including gold and platinum. Finally, Bennu is classed as a potentially hazardous object with a (very) small possibility of Earth impact in the next century.

While SpaceX is the most prominent private space launch company, there are many others developing their own series of launchers around the world. Skyroot Aerospace, which successfully launched its Vikram-S rocket in November 2022, is soon to become the first private Indian company to launch a satellite.

The rocket itself reached 90km in altitude, a distance that would need to be improved upon to get a constellation of satellites into orbit. Skyroot's first satellite launch is planned for 2023, with a goal of undercutting the cost of private space launch rivals by producing its 3D-printed rockets in a matter of days. If successful, this could also provide a route for cheaper launches of scientific missions, enabling a faster rate of research.

Clearly, interest in the space sector remains high. With many bold advances and launches due in 2023, we are entering a new phase akin to the "Golden era" of space launches in the 1960s and '70s.

Watch out for or Watch for?   The wording is kind of strange, more like a warning.

Changed it to "look out for".

Why do you have the "out"?   It still implies impending danger.   "Watch for"' makes more sense.   I know, OCD, annoying, but communication is critical sometimes.   We aren't going to be ducking when we look for these, these are exciting events.

"Look out for" is pretty standard - it's what the original article uses in it's title. It's also used in dozens of similar pieces in numerous newspapers and publications (check Google news).

#6 Posted by Montello 1 month ago

and one probe to venus

#8 Posted by Montello 8 days ago

Yes 6 rovers on moon as well and on jupiter moon

In the three U.S. lunar missions that took and used a rover the square mileage that they coverd/explored was only a radius of 4.7 miles because they only had a 14 mile limit.   If the rovers on the  moon now are unmanned they can cover more territory but they are all landing in different areas of th e moon and even then 6 rovers could not cover very much territory per year.