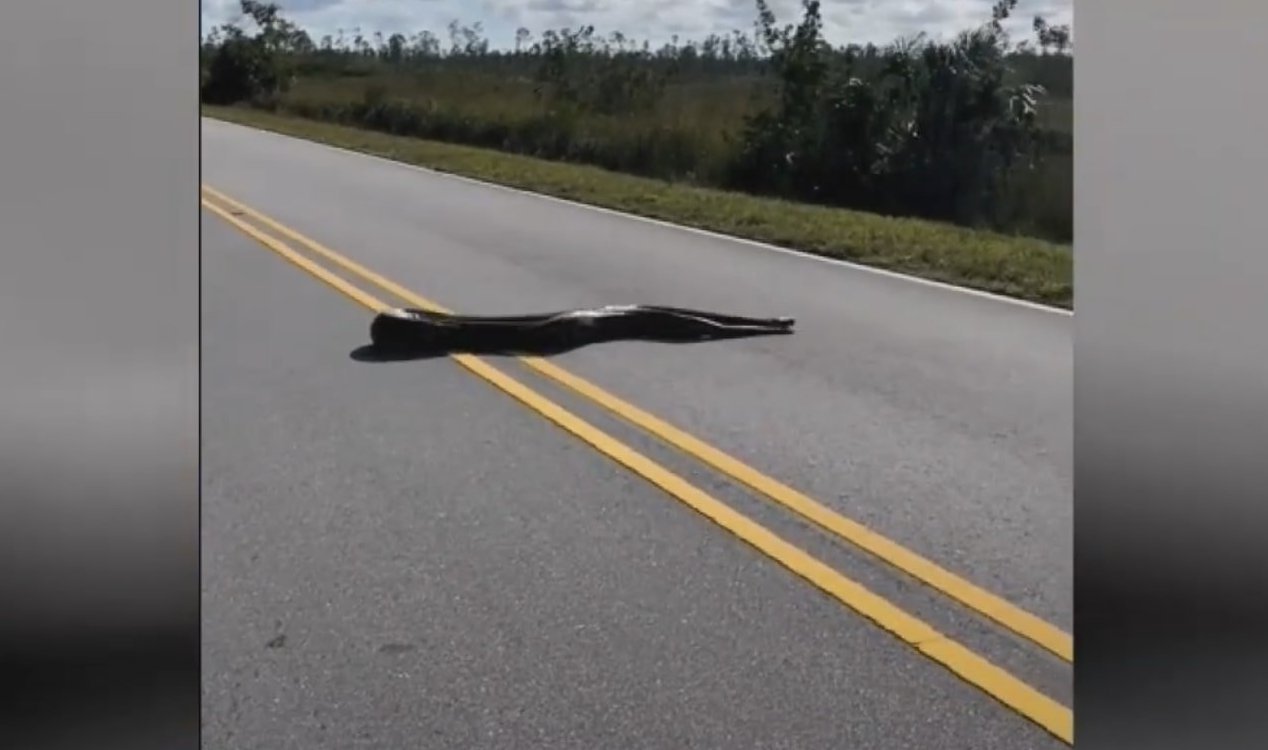 That's one big snake... Image Credit: Instagram / @kym_clark
The enormous snake was recently captured on camera when Everglades visitor Kymberly Clark came across it.
Measuring over 15ft in length, the gargantuan Burmese python ended up making headline news when Clark took video footage of the animal and posted it up on social media.

Before long, multiple news networks had picked up the story.

The species was first introduced in the Everglades in the 1980s and has since gained a significant foothold, resulting in a major decline in raccoons, opossums and bobcats as well as the near total disappearance of some rabbit and fox species.Wildlife officials have since spent years attempting to remove the reptiles from the region.

Last year, a record-breaking female python weighing 13.6 kg and measuring 17.7 feet in length was caught after another python - a male - was used to lure it out of its hiding place.

Another, which was thought to measure 18 feet in length, had also been caught in the area two years prior.

That is an illegal alien. Must have sneaked in, that snake.

#2 Posted by Eliiscoming 24 days ago

All the damage pythons have done, why didn't anyone run over that snake?

#3 Posted by LadyPhoenix 23 days ago

When I was in Florida, these huge snakes were claimed to be a myth.  Shame authorities didn't take the threat seriously sooner.

Have you seen the size of it?  Run it over with what?  A laden semi?

#5 Posted by qxcontinuum 22 days ago

It's beautiful let it be. Humans are truly the invasive species not animals

...because they aren't deranged?  Not only is this a beautiful animal, running it over would very likely damage your car and cause the animal serious harm without killing it immediately.