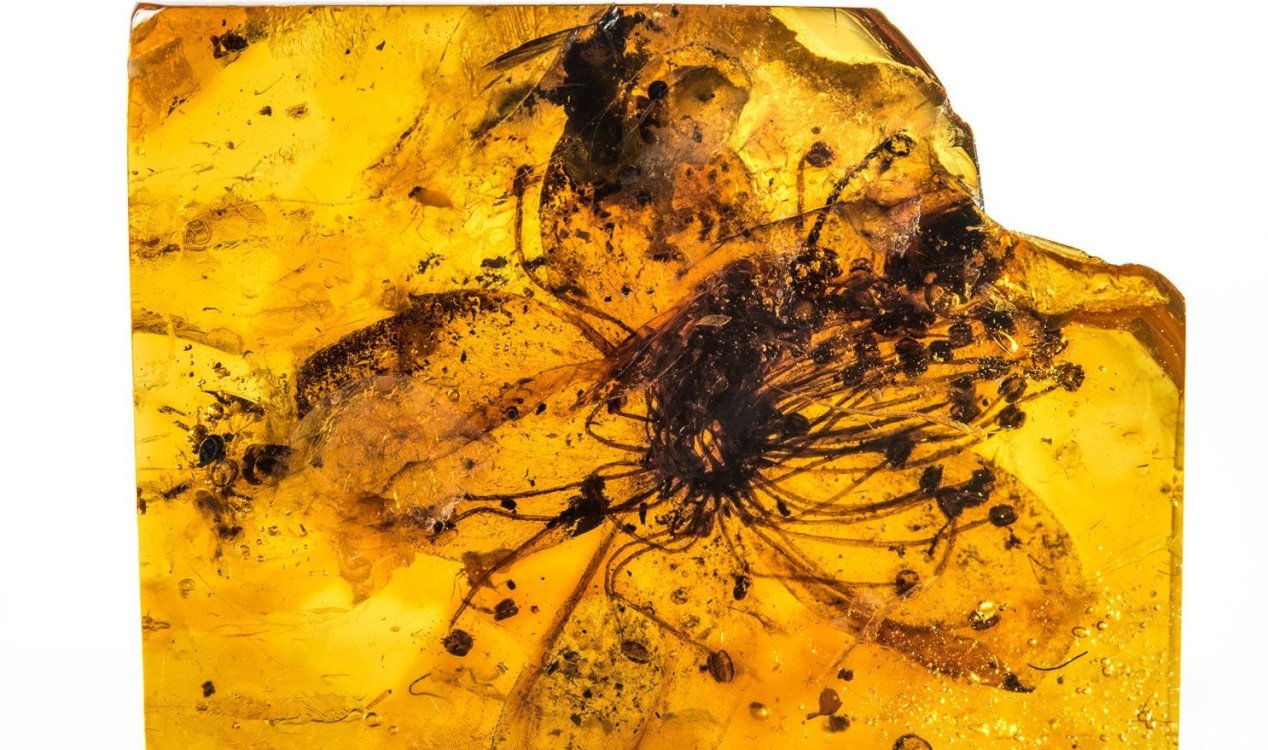 Image Credit: Carola Radke / Museum For Naturkunde, Berlin
An incredibly well preserved flower dating back almost 40 million years has been the subject of a new study.
Anyone with an interest in palaeontology will undoubtedly wish that they could get a glimpse of what our planet was like millions of years ago, but thanks to the remarkable preservation made possible by amber, we can at least take a limited peak at a few things from Earth's distant past.

This intriguing example - the largest flower ever found preserved in amber - is particularly impressive.

It might only be 28 millimeters across, but it is still much larger than any other similar specimen, providing scientists with an ideal opportunity to study a flower from this time period.It is thought to have originated in the Baltic forests of northern Europe during the Late Eocene and dates back to between 33.9 and 38 million years ago.

During a recent study, scientists extracted pollen from the specimen and found that it closely relates to a modern species of flower from Asia known as Symplocos.

They have since proposed that it be named Symplocos kowalewskii.

Next story >>
What is the quantum apocalypse and should we be worried ?
Recent comments on this story