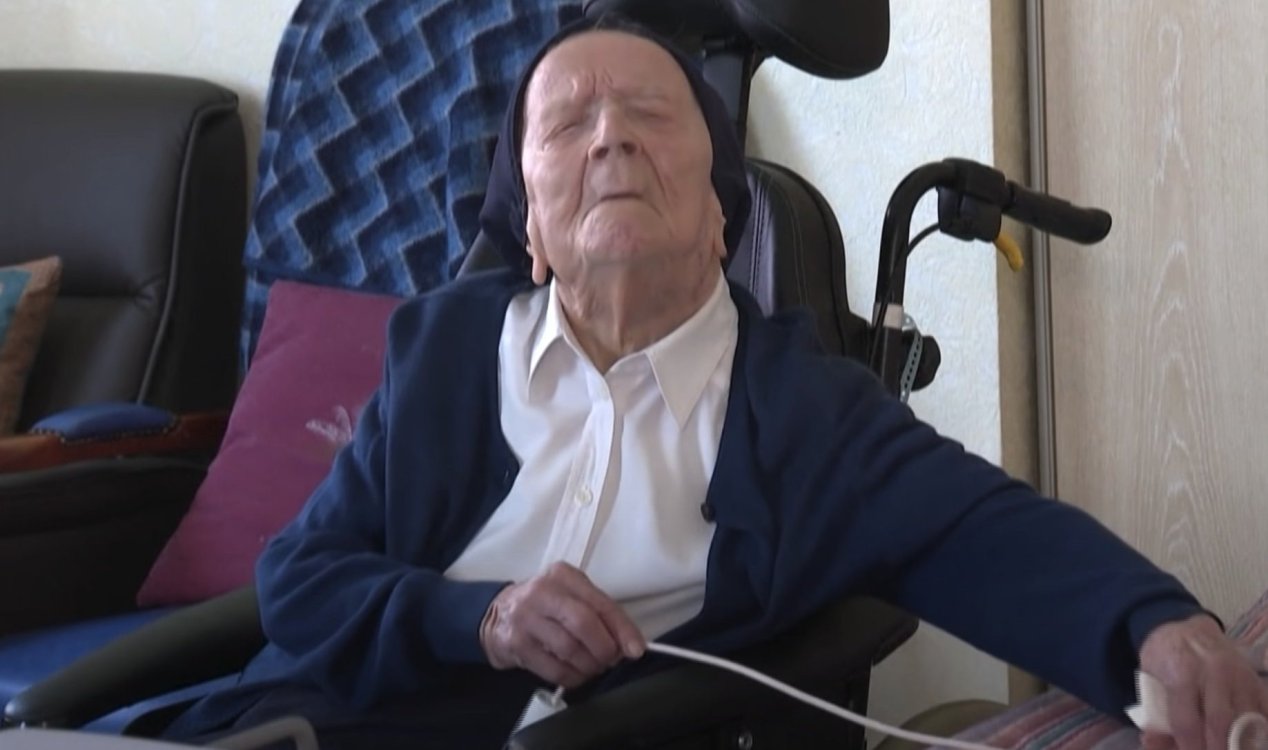 Randon was a nun. Image Credit: YouTube / Guinness World Records
The French nun not only lived to the grand old age of 100, but then went on to live for another 18 years after that.
Randon, who officially earned the title of world's oldest person after the previous record holder Kane Tanaka died in Japan back in April 2022, was born on February 11th, 1904 in France.

After converting to Roman Catholicism as a young adult she became a nun and worked in various roles throughout her life including as a teacher, a governess and a missionary.

She retired at the age of 75 and went on to live for another 43 years.Incredibly, she is also believed to be the oldest known survivor of Covid-19, having tested positive for the virus around a month before her 117th birthday. It took her just three weeks to shake it off.

When asked about the secret to her longevity, she claimed it was down to "wine and chocolate".

"I feel I would be better off in heaven, but the good Lord doesn't want me yet," she said.

#1 Posted by Still Waters 16 days ago

I wonder how long she'd been blind for. - RIP

I wouldn't want to live that long. You're confined to a wheelchair and have to deal with arthritis.

#3 Posted by qxcontinuum 12 days ago