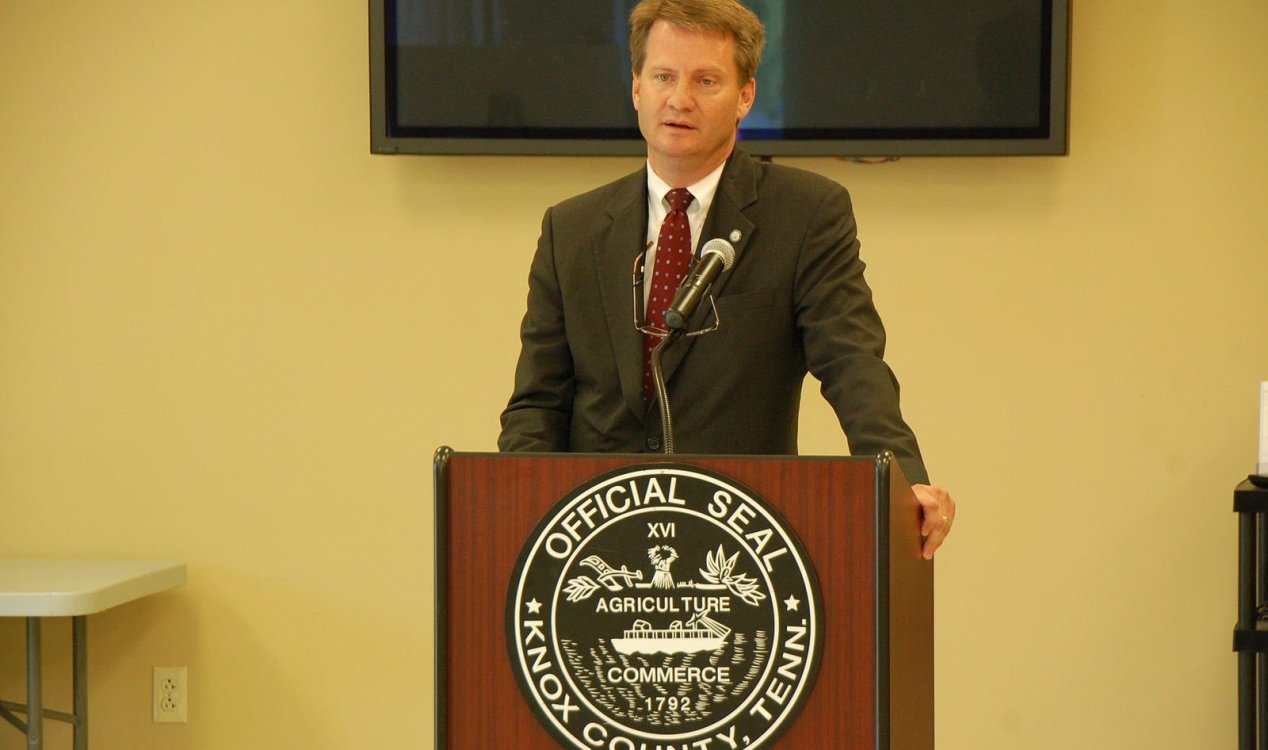 Burchett speaking back in 2012. Image Credit: CC BY-SA 4.0 Danandrewsreporter
Rep. Tim Burchett maintains that the Pentagon is deliberately withholding important information on the topic.
Despite this month's release of a declassified 11-page report by the Office of the Director of National Intelligence (ODNI) on UFO cases investigated by the Pentagon in 2022, Burchett believes that there is still a concerted effort to withhold critical information pertaining to the UFO phenomenon.

"This thing is a huge cover-up, for whatever reason," he told NewsNation.

"And I just feel like America is ready, we need to know, and to stop with all the shenanigans."

In particular, he cites the seemingly impossible maneuvers exhibited in footage recorded by US Navy pilots of the UAPs (Unidentified Aerial Phenomena) sighted off the coast of the United States."If you were human and make the turns that have been seen in some of this footage, you would literally turn into a ketchup package," he said. "I mean, you would be gone."

Burchett doesn't believe that the withholding of information on UFOs is a new thing, either.

"I don't trust government," he said. "There's an arrogance about it."

"I think the American public can handle it and they need to release everything."

Next story >>
Lucile Randon, the world's oldest person, has died aged 118
Recent comments on this story

It should not be surprising. After all, there are longer duration and much clearer videos regarding the Navy's UAP encounters not released to the public that remain classified to this very day.  Sailors aboard ships of the carrier strike group watched clear videos of the encounters  on screens in amazement via live feed video data link as the UAPs conducted exotic maneuvers, clear videos which once again, were not released to the public.  After Bill Nelson, NASA administrator, read a classified government report on the military’s recent UFO encounters, he said:  "The hair stood up on the back ... [More]

Well, whose to say these craft had pilots, human or otherwise? My theory is that they are terrestrial in origin. Possibly unmanned secret test vehicles operated by either the US or Russia and the cover up is due to security issues.

I am a skeptic and never believe anything until I come home from work early to find it tag teaming my wife on the couch.  I know this guy complaining about the government not producing certain evidence, but where is the evidence?  Surely, the government wouldn’t deceive us!

what, as opposed to accidentally withholding important information?

Quote from the article: Maybe I'm stupid & just don't get it but what: 'impossible maneuvers exhibited in footage recorded'?? There isn't any footage that shows this so what is this individual talking about?

Yeah, the real question is why they're withholding it.  I suspect that they have been milking uaps for patents, and those patents will be extinguished if proof of prior art is found, even if the source is alien.  Those patents are potentially worth $$$ billions.  Beyond that, I don't think the public will panic if they discover that aliens are real (except 13bats of course, as his rationalist fanatic world view will completely crumble).

Could it be that the capabilities of naval surveillance equipment might be classified?

I don't think so in this case because the folks who revealed the videos would have known if classified information was visible before releasing the video to the public and would not have released any classified video without first undergoing a declassification process. I have seen clear video images of aircraft as produced by the AN/ASQ-228, which is available to the public, and I think It had to do with the high quality video images of the UAPs and their maneuvers during the course of the encounters. In addition, sailors aboard the USS Princeton have confirmed the UAP's maneuvering capabiliti... [More]