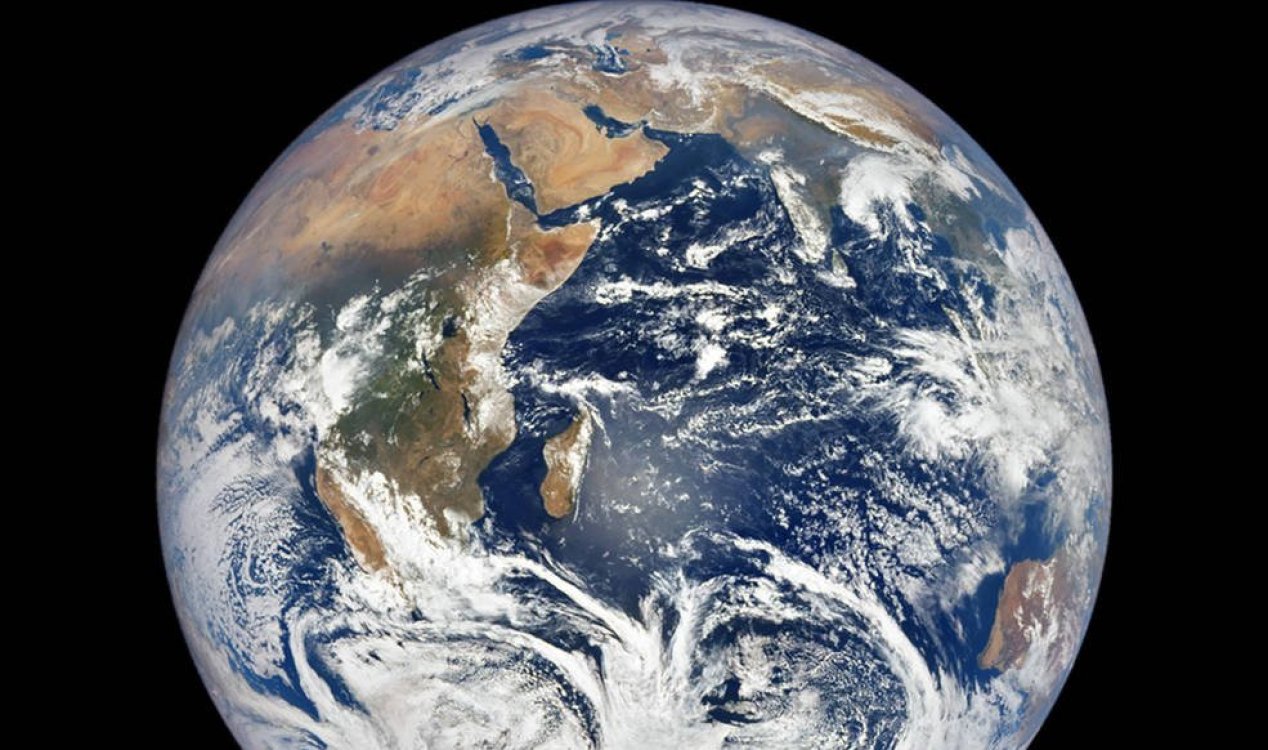 Fortunately, the change in rotation is nothing to worry about. Image Credit: NASA
An intriguing geological phenomenon at the center of our planet could help to explain a number of long-standing mysteries.
In the 2003 science-fiction disaster movie 'The Core', the discovery that the Earth's core has stopped spinning prompts a team of experts to venture to the center of the planet in a special 'ship' to use nuclear bombs to restart the rotation and save the whole world from certain doom.

Now according to a new (real-life) study - the Earth's core may have actually stopped spinning for real, but fear not, because unlike in the movie, this doesn't mean that the whole world is doomed.

Instead, this brief pause is part of a periodic cycle which sees the direction of the inner core's rotation flip every 60 to 70 years or so - a phenomenon which might help to explain a number of ongoing climate and geological mysteries that have stumped scientists for decades."Differential rotation of Earth's inner core relative to the mantle is thought to occur under the effects of the geodynamo on core dynamics and gravitational core-mantle coupling," wrote study authors Yi Yangâ€‰ and Xiaodong Song of Peking University.

"This rotation has been inferred from temporal changes between repeated seismic waves that should traverse the same path through the inner core."

"Here we analyse repeated seismic waves from the early 1990s and show that all of the paths that previously showed significant temporal changes have exhibited little change over the past decade."

"This globally consistent pattern suggests that inner-core rotation has recently paused. We compared this recent pattern to the Alaskan seismic records of South Sandwich Islands doublets going back to 1964 and it seems to be associated with a gradual turning-back of the inner core as a part of an approximately seven-decade oscillation, with another turning point in the early 1970s."

Aliens may only be interested in Earth's technology, study claims
12-16-2022

#1 Posted by Orphalesion 12 days ago

Awww and here I was hoping this would mean the Earth's actual rotation was going to reverse. I was so up for watching the sun going up in the west!

Where is Hilary Swank???

#3 Posted by qxcontinuum 12 days ago

Well then,  what generates the magnetic defense against solar radiation and what generates gravity, I though a spinning core alhas a major influence on these two factors?

#4 Posted by Occupational Hubris 12 days ago

Earth' s magnetic feild is generated by the liquid flowing outside of the core, not the core itself.

Seems like the earth rotates at about 1000 mph to get us around 24000 miles in 24 hours. The atmosphere must also travel at that base speed plus or minus local winds I think.  It would seem that  if the earth stops, the atmosphere is going to keep going until friction with the   earth's surface slows it down.  So your joy might be cut short by 1000 mph winds.  Just a thought.

#6 Posted by Occupational Hubris 11 days ago

I vote for flaming apolocypse winds in 2024