Rainforests around the world are under threat. Image Credit: CC BY-SA 2.5 Diliff
Researchers found the arachnids within less than a single square mile of the Xishuangbanna rainforest.
An area of unparalleled biodiversity, the rainforest in China's southern Yunnan province is thought to be home to at least 700 types of spider and 10,000 plant species, earning it the nickname "Kingdom of Tropical Flora and Fauna."

The new spider species were discovered by a research team from the Institute of Zoology at the Chinese Academy of Sciences during an expedition which aimed to help highlight the importance of conservation efforts in the region."The amazing biological diversity we have witnessed during our work on spiders in Huladao is perhaps only a part of what Xishuangbanna tropical rainforests hold," said Professor Shuqiang Li.

Rainforests around the world have been under threat from deforestation for years with some species disappearing entirely due to the widespread destruction of their habitat.

A report from Brazil last month indicated that the Amazon Rainforest, which is home to almost 400 billion trees, is now on the "brink of the abyss" due to deforestation.

#6 Posted by Use your brain 8 years ago

As long as there isn't another one like the Brown Recluse we'll be fine. I'm not scared of spiders in general, just that one.

#7 Posted by SolarPlexus 8 years ago

I have mild arachnophobia so yeah ....

#8 Posted by Ganden 8 years ago

#9 Posted by karmakazi 8 years ago

I wonder if any of them are radioactive? Spiderman, Spiderman. Does whatever a spider can.

#11 Posted by aniknonymous 8 years ago

#12 Posted by HVBovoidell 8 years ago

I think we already have enough spiders.

#13 Posted by Cruel_Cahal 8 years ago

I have mild arachnophobia so yeah .... No kidding. You see those street vendors, on some of those travel shows or documentaries, and they have spiders all cooked up and crisp just sitting on a platter ready to be eaten. Ugh.

#15 Posted by UFO_Monster 8 years ago 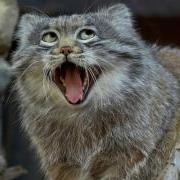 After becoming acquainted with many a spider in my attic and basement, I'm not afraid of spiders anymore. So I find this discovery neat.

Top 10 UFO Sightings in 2022
United States and the Americas

Spoiled children of privilege trying to ...
Cryptozoology, Myths and Legends

Woman finds 'Bigfoot' video among her la...
UK and Europe