Did 'ectoplasm' ever have any basis in fact ?

Two hilariously unconvincing ectoplasmic ghosts by serial hoaxer Helen Duncan. Image Credit: Harvey Metcalfe
The controversial substance played a significant role in early 20th century spirit communication.
First coined by physiologist Charles Richet at the end of the 19th century, ectoplasm was long believed to be a supernatural substance manifested by spiritualist mediums during attempts to communicate with the deceased.

The appearance of ectoplasm during séances was particularly common during the late 19th and early 20th centuries when it would often be said to manifest through a medium's nose or mouth and form the shape of the spirit that they were attempting to communicate with.

Richet, who actually won a Nobel Prize for his work on anaphylaxis, was famously supportive of the idea, possibly due to the discovery of 'plasm' within plant and animal cells in the mid-1800s.

Sherlock Holmes author Sir Arthur Conan Doyle described ectoplasm as "a viscous, gelatinous substance which appeared to differ from every known form of matter in that it could solidify and be used for material purposes."As time went on however the appearance of this mysterious substance grew less and less, leading many to question whether it had ever been a genuine phenomenon in the first place.

Nowadays it is generally believed that most, if not all of the mediums who produced ectoplasm during their trances had faked it using cheesecloth, gauze or other common substances.

Most of the photographs of ectoplasm-based figures and faces from the era also appear particularly unconvincing - especially when we look back at them now more than 100 years later.

With that said however it's impossible to rule out the concept entirely. Whether there ever really was a case of a medium producing a genuine form of ectoplasm remains a total mystery.

#50 Posted by Shouldthisexist 8 years ago

Edit: accidentally made a empty reply

Edit: accidentally made a empty reply I put 'Ecloplasm' in mine!

#52 Posted by Shouldthisexist 8 years ago

I put 'Ecloplasm' in mine! Haha well played. Also I'm arguing against you purely for the original part of the thread. "Is ectoplasm based in facts" to this I feel like no, now If it was asking if ectoplasm was real to those who experience it I couldn't have touched it.

#53 Posted by izzyizzo 8 years ago

"Dear Mr. Kennington, We have recently become aware of your claim to have discovered a new form of energy which you call electricity. We at the Royal Society of London are very intrigued by your claim, and we would thank you kindly if you were to send us a sample of this so-called 'electricity' to our place of business, where it will be rigorously tested in our laboratories." Ok, I'm being humorous, but you get the point. Wouldn't surprise me if that's actual form letter language

#54 Posted by izzyizzo 8 years ago

If you think that people should believe everything they hear just because someone said it is beyond faulty logic. If ectoplasm is real then where are the studies into the tests done proving its existence? You think that claiming its real to you makes it real. You're continuing to press the same argument, so I shall repeat my response a final time: those who experience ectoplasm aren't going to be interested in proving it to your satisfaction (or profiteering), for reasons that go well beyond this discussion. You oughtn't derive nonexistence from same. No need to believe anything. I'm not tryin... [More]

#55 Posted by Shouldthisexist 8 years ago

You're continuing to press the same argument, so I shall repeat my response a final time: those who experience ectoplasm aren't going to be interested in proving it to your satisfaction (or profiteering), for reasons that go well beyond this discussion. You oughtn't derive nonexistence from same. No need to believe anything. I'm not trying to convince you of anything positive, but only called out invalid logic about proving a negative. Out of the mouths of babes... And you are still as oblivious as you claim me to be. Let's start with my main point in this argument the op asked is ectoplasm ba... [More]

#56 Posted by izzyizzo 8 years ago

But you cannot claim to the rest of the world and expect them to believe its real on just your opinion and experience alone. I think the quotation you're looking for is, "Yeah, well, you know, that's just, like, your opinion, man." Extrodinary claims require extraordinary evidence. Noted. I shall send a packet of ectoplasm to the Royal Society at my earliest convenience, along with a few grams of electricity.

#57 Posted by Shouldthisexist 8 years ago

Noted. I shall send a packet of ectoplasm to the Royal Society at my earliest convenience, along with a few grams of electricity. Awh that's cute you can you not keep up with the discussion? You cant provide any relevant or useful information about the topic so you have decided to spew opinions. Also sadly as most others who have no real pertinence you are starting to focus on trying to insult the person actually asking questions other than the topic. Your analogy is as poor as the rest of your argument. Electricity can be seen by anyone not just the true believers. But anyone with a slight bi... [More]

#58 Posted by izzyizzo 8 years ago

#59 Posted by DancingCorpse 8 years ago 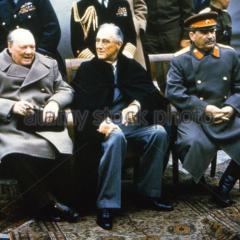 No idea bu I've always been intrigued by it ever since as a kid I had several enticing ghost books and one picture that always freaked the crud outta me was one of a medium producing ''ectoplasm'' from her nose! Most likely mocked up but set off a lifetime of fascination on such a wild topic. I lived in an actively haunted pub for years but nobody ever saw the woman manifest whilst we took care of the place but she loved moving my toy cars through two locked doors down into the cellar inexplicably overnight a few times a month! No ectoplasm sighted, I am certain she manifested at least on a fe... [More]

Click here to view all 59 comments on this story