A black hole could turn you in to a hologram

Quantum physics dictates that the 'information' of an object that falls in to a black hole cannot be destroyed or lost so where does it go ? What does it become ?One recently proposed answer to this conundrum lies in measuring the information that is sucked in to a black hole, not in the conventional three dimensions we are used to but in two dimensions, thus effectively turning the object in to a hologram.

Would this mean that a person could survive such a trip ? Probably not, but then what would an existence in two dimensions even be like ? Surviving such a transition seems unfathomable.

To conclude, here's astrophysicist Dr Neil deGrasse Tyson providing a light-hearted look at what happens to your body as you descend in to a black hole - a process known as 'spaghettification'.

#14 Posted by StRoostifer 8 years ago 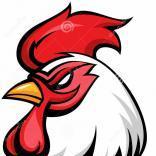 If nature's taught us anything, everything has an **** hole, what goes in has to come out......so what goes into a black hole has to be spewed out somewhere another dimension or another part of the universe, but it comes out. ___holes have also showed us that things come out much differently then when they went in. I wonder how a human would look after being eaten by a black hole...

#15 Posted by Zalmoxis 8 years ago

That is fascinating. As fascinating as it is I would avoid black holes so that I don't become endless hologram pasta.

#16 Posted by StarMountainKid 8 years ago

I think all these various attempts to understand black holes are great.

#17 Posted by Aquarius Chik 8 years ago

Spaghettification? Holograms? I think that when a black hole closes up it creates another big bang and a new universe is created.

#18 Posted by Father Merrin 8 years ago

I've fell into the black hole before, with my astral body (using astral travel).. And...... what was inside? What did you experience?

#19 Posted by FlyingAngel 8 years ago

And...... what was inside? What did you experience? Like described by the professor : stretching (but not split into multiple part), squeezing, compressing into a singularity Everyine is nothing but darkness

#20 Posted by paperdyer 8 years ago

"We got too close to the hole!!!" "SSSHHHHHIIIIIIII-" "... crap ..." That's actually the Phantom Zone, which doesn't have anything to do with black holes and holograms other than the movie's attempt to show the villians trapped in the zone, which was an alternative dimension - to work in an earlier thread.

Its interesting how everyone is laughing at death.

Just like in Superman 2 Exactly, I was going to post that: [The more advanced we get, the more our scientists seem to be falling back to what our old science fiction writers have come up with. I say, let’s just fire all the scientist who are afraid to use their imaginations and keep the Sci-Fi writers.] But you made a far better and succinct point!

#23 Posted by Rofflaren 8 years ago

I've fell into the black hole before, with my astral body (using astral travel).. Yes I believe you I have done that too. Yesterday me and Gartliloch (a friend from the Saresti planet I met many years ago while Astral traveling) visited a white dwarf. We drank tea and talked about midgets.

This Hmong Puppy Is The Derpiest Dog You...
Extraterrestrial Life and The UFO Phenomenon

UFO researchers hunt for photographer be...