What could explain the mysterious events occurring at the property ? Image Credit: sxc.hu
A series of paranormal disturbances at a house in South Lanarkshire have been investigated by the police.
According to reports, a mother and her teenage son had been left "extremely distressed" after a series of "violent and unexplained" events at their house had forced them to reach out for help.

Police officers attending the scene had initially believed the case to be a mental health issue, but after experiencing the phenomenon for themselves they were so flabbergasted that they actually ended up calling the Catholic Church for assistance.

"The officers attended expecting it to be a mental health issue but they witnessed the lights going off, clothes flying across the room and the dog [the family's Chihuahua] sitting on top of a hedge," said a police source. "The officers called their superiors, who also attended, thinking the cops were perhaps being a bit silly. But it's being taken very seriously."The mother and son have since left the house to go and stay with relatives while reports indicate that a priest has also visited the property to conduct a blessing.

"Officers with more than 20 years' service are saying they've never seen anything like this," said the police source. "It really is something that down-to-earth police officers are having trouble getting their heads round."

"How do you handle what, despite us liking to use the word, has been described as a poltergeist ?"

<< Previous story
China is working on a hypersonic spaceplane

#13 Posted by Calibeliever 6 years ago

I would say there is a TON of evidence. What we don't have is proof: repeatable, scientific experimentation that produces consistent results. After nearly 30 years of avocational study I'm not so inclined as you to label everyone who's had experiences as "gullible", though I remain a skeptic.

#14 Posted by Atheist Pope 6 years ago 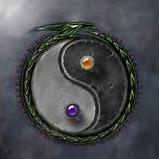 Evidence isn't the right word to use in these cases as they're never repeatable empirically under strict conditions; hence, real scientists won't even waste their time on this pseudo-science garbage. As we all intuitively know, ghosts don't exist anywhere except for in Hollywood movies. However, I'm open to shifting my viewpoint should actual evidence arise and convice me of my ignorance.

A mean spirit or simply a mean prank? Why is it that these spirits are always so messy, tossing things about. Can we not find a spirit who cleans the house?

#16 Posted by Calibeliever 6 years ago

It's a matter of semantics of course, but a verbal story is evidence. It's admissible in a court of law when attempting to "prove" guilt or innocence. Photographs are also evidence even though their authenticity or content can be questioned. In a non-scientific setting a "preponderance of evidence" is usually sufficient as "proof" but science is a little more demanding. I don't intuitively know that ghosts don't exist. To me it's more of a question of what a ghost actually is. I believe there are enough unexplained phenomenon that it warrants continued investigation and maybe someday we'll hav... [More]

The lack of video is damning.

Maybe they should just send Joe Nickell there, I think you will get a scientific explanation pretty quickly

#19 Posted by Jungleboogie 6 years ago

For ages this idea has been proclaimed in the consummately wise teachings of religion, probably not alone as a means of insuring peace and harmony among men, but as a deeply founded truth. The Buddhist expresses it in one way, the Christian in another, but both say the same: We are all one. Metaphysical proofs are, however, not the only ones which we are able to bring forth in support of this idea. Science, too, recognizes this connectedness of separate individuals, though not quite in the same sense as it admits that the suns, planets, and moons of a constellation are one body, and there can ... [More]

I think I would've had  a mixture of fascination and fright if this happened to me;  but hey ,when they put the Chihuahua on the hedge,  Man,That was  it!  You're messing with family now! (I have 2 Chihuahuas sitting with me as I blog). I would've declared war.

So far the only evidence we have of 'paranormal' activity in this story are third hand anecdotes from a newspaper. I looked at the picture of the '7ft' hedge the tiny dog ended up ontop of, pretty sure I could get one up there without raising too much of a fuss.

#22 Posted by NiteMarcher 6 years ago

'Remoaners' proved wrong as most of us s...

Will Brexiters and Remoaners ever be rec...
Ancient Mysteries and Alternative History

Doggerland
Ghosts, Hauntings and The Paranormal