Man climbs in to toilet, has to be rescued

A man in Norway ended up stuck after climbing in to a lavatory to retrieve his friend's mobile phone.
The bizarre incident saw firefighters being called to the scene after Cato Berntsen Larsen climbed feet-first in to a public lavatory and found to his horror that he was unable to get out again.

A man in Norway had to be rescued after climbing into a toilet 😳🚽 https://t.co/BNnQoaDvDP

According to reports, Larsen became sick almost immediately because the toilet, which was not connected to the sewer, contained a large waste tank that was emptied only once a month.How his friend, who had dropped the phone down there by accident while urinating, managed to convince him to actually climb down inside the tank to retrieve it remains a mystery.

"I did not think twice," said Berntsen. "I panicked because I hate confined spaces. It was damn disgusting - the worst I have experienced. There were animals down there too."

Firefighters finally managed to rescue him from the toilet after an hour spent trapped inside.

#3 Posted by LoveDuet 6 years ago 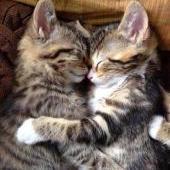 There's not enough soap and water in the world...

#4 Posted by Dewlanna 6 years ago

He had to be Norwegian, lol

#5 Posted by supervike 6 years ago

I think he was just playing POKEMON GO.   He really had to GO.

#6 Posted by MissJatti 6 years ago

He either was really thin and skinny, or the toilet hole was very wide.

#7 Posted by White Unicorn 6 years ago

He calls the guy that convinced him a friend! Come on now the cell would have been destroyed anyway. Boy this guy was gullible to a practical joke.

#8 Posted by UFOwatcher 6 years ago

There is no better friend than a buddy that will climb into a crapper for you.

Geese Louise batman just how big WAS this toilet??

note to self: see trainspotting

#12 Posted by Silver_Lyre 6 years ago

Not if it was a samsung, they're water proof. Maybe it exploded and his mate pegged it into the water to save his life.