The newly discovered reef is absolutely enormous. Image Credit: CC BY-SA 3.0 Toby Hudson
Scientists have revealed the discovery of a whole new reef structure off the coast of Australia.
Covering an area of over 2,300 square miles, this gargantuan reef-like structure had managed to go almost completely unnoticed despite being right next to the world's largest coral reef system.

Using cutting-edge scanning technology, researchers have identified vast fields of strange doughnut-shaped mounds called bioherms which are formed by a type of calcifying algae known as Halimeda."We've known about these geological structures in the northern Great Barrier Reef since the 1970s and '80s, but never before has the true nature of their shape, size and vast scale been revealed," said marine geologist Robin Beaman from James Cook University.

The discovery coincides with what may be the single worst year on record for the Great Barrier Reef which has been in rapid decline due to the effects of global warming.

Whether the bioherms have themselves been similarly affected however remains to be seen.

#1 Posted by Daughter of the Nine Moons 6 years ago

There is so much left to discover in our oceans.

#2 Posted by BeastieRunner 6 years ago

I wish we spent more time and money on exploring the ocean.

#3 Posted by paperdyer 6 years ago

And most of it seems to be around Australia lately.

I don't, the less we know the better it is for the ecosystems that live there. As soon as we know what to find in a certain area of the ocean it opens it up to all sorts of extremely bad human activities. In this case the less we know the better IMHO.   I prefer putting resources to policing the oceans for illegal dumping of toxic waste, nuclear waste and plain old garbage. I bet the bottom of the ocean is looking pretty dirty along ocean seaways from all the dumping going on.

#5 Posted by AustinHinton 6 years ago

I say we call it the Lesser Barrier Reef.

#6 Posted by Timonthy 6 years ago

I'm just wondering who hid it there?  The article doesn't mention anything about that for some reason!?

#7 Posted by Tamsen 6 years ago 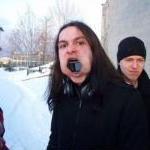 And now that the place has been announced, people are gonna find it and ruin it. ;s

#8 Posted by Dewlanna 6 years ago

Ain't that the truth!

Christian parents win in court after sch...
United States and the Americas

professor is fired after 82 students sig...

15 spectacular photos from the Dark Ener...

Giant impact could have formed the Moon ...