A particular large Australian fur seal was seen this week wandering up a street and climbing on to cars.
Wildlife authorities in Tasmania were called out on Monday when the seal, dubbed "Lou-Seal", was spotted wandering along a road in the Launceston suburb of Newstead, 50km from the sea.

The adventurous seaborne mammal eventually decided to clamber on top of a car and settle down to sleep, causing quite a significant amount of damage to the roof and windscreen.


"There's actually a waterway, river outlet across the road from where he is, which is how we believe he's actually made his way into suburbia," said Renee Stewart from the Tasmania Police."He's taken a bit of a shining to a resident's vehicle, which he lay on and had a bit of a sleep on for a while before he climbed up and over the roof, leaving considerable damage to that vehicle."

Fortunately it didn't take long for the team to tranquillise the animal and take him back to the ocean.

It is thought to be the first time in Tasmania that any seal has ever made it this far inland.

#1 Posted by freetoroam 6 years ago

After a medical check-up he will be released. http://www.stuff.co.nz/world/australia/87949749/Large-fur-seal-climbs-on-car-smashes-windscreen-in-Tasmania-adventure Now thats good.

#2 Posted by PersonFromPorlock 6 years ago

A seal of disapproval.

#3 Posted by liviab 6 years ago 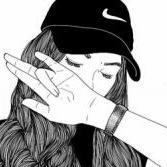 Fancied a nap, did he? I wouldn't think on top of a car is the most comfortable bed in the world, but if it suited him...

#5 Posted by pallidin 6 years ago

The warmth of the heated metal car hood. Probably was enticing and felt good.

#6 Posted by herbygant 6 years ago

Weird conspiracy claims the Internet is ...
Palaeontology, Archaeology and History