Drottningholm Palace is certainly picturesque. Image Credit: CC BY-SA 3.0 Jakub Halun
The Scandinavian monarch maintains that her residence, Drottningholm Palace, is inhabited by ghosts.
In a new documentary entitled "Drottningholm Palace: A Royal Home" which is due to be aired in Sweden on Thursday, the mysteries of the queen's lavish 17th-century abode, which is also a popular tourist attraction, are set to be revealed in more detail than ever before.

"There are small friends... ghosts," Queen Silvia told the documentary's filmmakers. "They're all very friendly but you sometimes feel that you're not completely alone. ""It's really exciting. But you don't get scared."

The palace, which is the permanent residence of both the queen and her husband King Carl XVI Gustaf, is situated on Stockholm's Lovon Island and is classed as a UNESCO world heritage site.

"There is much energy in this house," said Princess Christina, the king's sister.
"It would be strange if it didn't take the form of guises."

<< Previous story
Thousands of Kinder eggs wash up on beach

#7 Posted by Thorvir 6 years ago

#8 Posted by Still Waters 6 years ago

That wouldn't do for me. As much as I like to look around places like these I wouldn't like to live in one, they're far too big for any home comforts. Imagine too the army of helpers needed to keep the place going. The acres of land, now that would be good to have, I would probably spend all my time in the gardens, that is if I could find my way out of the maze!

#9 Posted by freetoroam 6 years ago

I rather visit them, it saves on all that cleaning and dusting: With more than 300 historic buildings in our care, from the grand and imposing to the small and quirky, you're spoilt for choice when planning a visit https://www.nationaltrust.org.uk/houses-and-buildings?campid=PPC_VM_Google_Houses

Well, if I'm a billionaire I'm sure paying the servants wouldn't be too much of a problem!

#11 Posted by freetoroam 6 years ago

Servants? Can we still call them that today or are they now "palace environmental health and cleansing accessors who produce actionable techniques for a small fee"  ?

#12 Posted by Princess Serenity 6 years ago

Like one commenter said that people have lived and died in palaces. So who knows whats lurking in that shunning building.

#14 Posted by pallidin 6 years ago

God bless her, she is of age. What, there are no photos or video? Perhaps she could give us something more than a feeling.

#15 Posted by Stubbly_Dooright 6 years ago

I would imagine all the varying palaces, being how old they are, having something. I often like to check info and such of Kensington palace in England. There seems to be a lot of experiences, that people have reported being there.  In a different note, I'm surprised all the 'spirits' the Queen is talking about, they are all nice. Come on, there has to be at least one or two nasty entities in a palace, right? 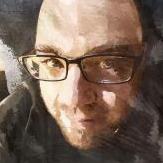 I would have to imagine that any place with as much history as that place would have a spirit or two hanging around.

Mystery as flock of sheep in China walk ...