The ancient city has yielded thousands of artefacts. Image Credit: CC BY 2.5 Marie-Lan Nguyen
Archaeologists have unearthed the long-lost ruins of a 4,000-year-old city known as Xarab-i Kilashin.
Situated on the banks of the Great Zab river, the discovery was made during an archaeological investigation of the Fertile Crescent - a 3,000-square-kilometer region that many believe to have been the birthplace of agriculture sometime around 10,000 years ago.

The area had been off-limits for a long time due to political instability and the presence of ISIS."What is surprising is the size of this settlement," said Rafal Kolinski of Adam Mickiewicz University in Poznan. "All the earlier settlements evidenced in the area are very small in size, rarely exceeding 1 hectare. The same can be said of settlements contemporary to Xarab-i Kilashin, our urban site, which were mere villages."

Covering a semi-circular area of the northern river bank with a diameter of around 300 meters, the site of Xarab-i Kilashin has already yielded an astonishing array of over 12,000 artefacts including pieces of pottery and terracotta stamps.

The city was thought to have been home to a dignitary who ruled over the surrounding lands.

#1 Posted by The Russian Hare 6 years ago

#2 Posted by Imaginarynumber1 6 years ago

I thought I found a lost city in my basement once. Turned out to just be old toys that one of my dogs was hiding.

#3 Posted by spartan max2 6 years ago

#4 Posted by Yamato 6 years ago

Question, how much are you going to be moved by some Iranian guy lamenting the loss of ancient archeology in America?   Maybe he's not interested in any archeological co-op with us either because we've already destroyed everything there is to dig up that we know of.   Looks like a wash. And what is an Islamist?   You just throw that word around haphazardly, maybe without even knowing it.   What do you think people from the Middle East would say, teachers and engineers and doctors and businesspeople, if you went up to them and asked them "Are you an Islamist?"   That's such a loaded question.  ... [More]

It fascinating that these discoveries keep on.....

#6 Posted by PhantomStranger 6 years ago 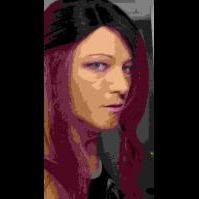 Look @ the clues man. Choose not to give gender. businessperson instead of businessman, and likely lives in the US (Speculation). Conclusion? Upper middle class progressive (regressive). Hence, no matter what you say you are bad. The only props he gets now is he has yet to call you a Nazi which is default here in the states.

#7 Posted by Hanslune 6 years ago

#8 Posted by Yamato 6 years ago

So....you're going to be the defender of those "Islamic Ideals"?    I thought you were just spinning and now I know you are.  Both ways. Millions have been dying thanks in large part to our efforts.  Millions of real Muslims.   So it's cute that we can focus on the last few years and the destruction of artifacts when trying to use the word "Islamic" accurately in a complete sentence.

#9 Posted by Frank_Hoenedge 5 years ago

The only interview to come out of ISIS controlled territory listed murder for not wearing a face veil, Muslim slaves that could be bought for 1200 euros and many other regressed atrocities that differentiate ISIS and Islamists, Islamists seek to convert all people to Islam. Muslims aren't anyone's problem. Islamists are close to a problem and ISIS is a problem, until they move 'online' from 'their last acre'

If peace comes to the Afghan/Uzbek/Tajikistan area and research resumes .... we could be in for some interesting finds ;     http://discovermagazine.com/2006/nov/ancient-towns-excavated-turkmenistan

Steven Spielberg believed his DVD of 'Pa...
UK and Europe