What would you do in a zombie apocalypse ?

If a zombie apocalypse actually happened, what would you do ? Image Credit: CC BY 2.0 sookie
A new poll in the UK has revealed that some people may already be preparing for such an eventuality.
The destruction of mankind at the hands of a contagious zombie virus is a scenario that has played out time and again in movies, books and TV shows, but what if it were to actually happen for real ?

In a new YouGov poll, members of the public were asked if they had a plan for dealing with such a situation and if so, what would it be ?

Interestingly, more than one in nine respondents actually did have a plan, although many of those would simply involve laying low somewhere in the hope that the whole thing would blow over.For many people, the biggest priorities would be to gather food, water and medicine and to get out of the cities in favor of finding shelter somewhere out in the countryside.

Around nine percent of those with a plan even refused to divulge what it actually was.

"Clearly we shouldn't be worrying twenty four seven about a potential apocalypse but it's interesting to take a snap shot of where we are now and how we'd fare," said author Professor Lewis Dartnell.

#61 Posted by Hammerclaw 5 years ago

I'm the guy that comes along at the end of the movie and shoots the good guy, thinking he's a zombie.

#62 Posted by Orphalesion 5 years ago

See I always look at the question that way: would I even want to survive for a long time into a Zombie Apocalypse? I'm not a martial person, I don't enjoy fighting. I get annoyed to no end if I can't have my daily cup of Chai Tea or am denied a hot shower for any amount of time. My aspirations and life goals depend on the continued existence of at least a certain level of a reasonably peaceful civilization and I am so afraid of warfare that I can't even watch war movies. Yes, I admit it, the only thing in this or any other world that truly scares me is the idea of living through a modern war. ... [More]

#63 Posted by DirtyDocMartens 5 years ago

I have a farm, 107 acres and a barn with an apartment upstairs. The barn doors lock with chains and padlocks, You can see for a quarter mile in any direction, and I have a generator, tractor, and storage area for more food than I could eat in a lifetime. Bring it!

#64 Posted by BorizBadinov 5 years ago

I believe many people would rather prepare for zombies than a nuclear holocaust, although they are quite similar in nature. Avoid contamination, have clean food and water reserves, secure protected hideaway, stockpile weapons to keep away starving creatures (survivors) that want something you have and might try to kill you for it... Zombies being fictional perhaps don't carry so much realistic fear as thinking about a disaster that is very possible in our world right now. Survival is a choice with a side of luck. Some people choose to hope it won't happen and like you stated perhaps hope they ... [More]

I've always wondered why do people always run up the stairs to the rooftop? And how does a slow lumbering zombie seem to keep up with someone running full out? These are the reasons that I don't watch zombie movies, too much work to suspend disbelief. Not even entertaining. jmccr8

#67 Posted by mysticwerewolf 5 years ago

my problem would be I would be to civilized for to long after it Started in the hopes that someone would find a cure. and someone or something would be chowing down on me long before my hopes of a cure came true, if they ever did. Once upon a time I could have gone there and cleared a couple ( ten or twelve or twenty) square blocks for myself but I am not as militant as I once was.

I would build a underground bunker

#69 Posted by Daughter of the Nine Moons 4 years ago

Make friends with people who run slower than me 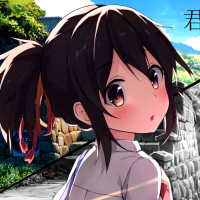 I would definitely do it like how they do it in The Walking Dead. That's what the show is created for! Lol.

Click here to view all 70 comments on this story