How would you react to finding two of these in your bathroom ? Image Credit: Tim Vickers
Petrina Murphy discovered the pythons wriggling around in her shower after they fell from a skylight.
Finding a spider in your shower is bad enough, but for a 41-year-old Australian mother recently, anything would have been better than to find two large snakes battling it out in her bathroom.

"I'm just glad the shower was clean so I was able to get some photos and video without it being embarrassing," she told Caters News.It was actually her 16-year-old son, Callum, who first discovered the reptiles.

"For people with a phobia it would be like something out of a nightmare, but I've never been particularly scared of snakes and we're pretty used to them out here," said Petrina.

"I would much rather get rid of them myself and know they're gone than have to deal with worrying about them finding their own way into the house."

#1 Posted by Sundew 5 years ago

Lucky she wasn't IN the shower, she would have probably broken her neck trying to get out....

#2 Posted by Eldorado 5 years ago

She said the family had known for some time they had big snakes on the roof. And she also had no problem sweeping them out of her home. :) Gotta love the Australian housewife.

#3 Posted by Stiff 5 years ago

I'm pretty sure I've seen a film with a similar title to this thread. On a serious note though, she's a lot braver than I. Spiders I have no problem with. Large snakes? Nope, nope , nope nope, no....

#4 Posted by BiffSplitkins 5 years ago

#5 Posted by paperdyer 5 years ago

Based on the title I was thinking the same thing.  Good thing snakes don't squeal like a pig!

#6 Posted by pallidin 5 years ago

#7 Posted by RayvenRed 5 years ago 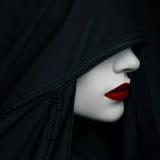 I would have climbed the walls trying to get out of there.

#8 Posted by mysticwerewolf 5 years ago

it didn't look to me like they were fighting, it looked like they were mating. but I am no expert and could be very wrong. better the shower than the living room.

#9 Posted by mysticwerewolf 5 years ago

snakes don't bother me, put some of those giant Australian spiders in there now and I would go through the roof and be the first man on mars

#10 Posted by AustinHinton 5 years ago