The intoxicated individual claimed to have come from the year 2048. Image Credit: CC BY 2.0 aussiegall
A man from Casper was picked up by local law enforcement after claiming to have come from the future.
According to reports, the man had been trying to warn members of the public that they should leave the area as soon as possible due to the imminent threat of an extraterrestrial invasion.

Claiming to be from the year 2048, he told officers that the only way that he could travel through time was to "have aliens fill his body with alcohol and have him stand on a giant pad."He had intended to arrive in the year 2018 but had seemingly missed his mark by a few months.

He ended up being arrested for public intoxication after causing a disturbance at a local hospital.

Next story >>
Could dust explain 'alien megastructure' star ?
Recent comments on this story

Oops forgot about that one. Thx atlhough this gave me a brilliant idea tho around the subject.

#30 Posted by quiXilver 5 years ago

Nice!  It has me thinking about Tachion particle theory.  Fun stuff.

#32 Posted by quiXilver 5 years ago

Tachion particles are theoretical particles that move faster than light and would be capable of traveling back in time. Alas, only theoretical, but fun stuff to mull over.

#33 Posted by Torchwood 5 years ago

Indeed, but the PAD mentioned clearly holds the key to this riddle.  Clearly a time machine can not be used to take you back to a point in time before you built the time machine. If the PAD is on earth then it is clearly able to carry you with it regardless of when you go , because the PAD would exist at all points along its timeline anyway.  Therefore the PAD must be located in Casper, Wyoming.  Any  close enough to go and look?

#34 Posted by mysticwerewolf 5 years ago

not that I believe this, but it would be funny if he was a time traveler, no one believes because he is/ was Drunk, and then it happens. 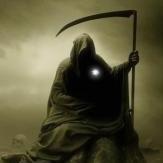 #36 Posted by ChaosRose 5 years ago

I read that Eminem invasion, and I thought we were gonna have to figure out who the real Slim Shady was.

Well if Bryant Johnson said so it must be true,anyway I thought he was the lead singer with AC/D......... oh no my mistake that was Brian

Traveling in space-time using alcohol is not only possible, but (in my experience) commonplace. I often wake up seventeen hours later,  on a bus or train, lying in a puddle of my own urine.

A 2-million-year-old ecosystem in Greenl...
UK and Europe