Cassini's final farewell. Image Credit: NASA/JPL-Caltech/Space Science Institute
A breathtaking mosaic of the iconic ringed gas giant has been put together by the Cassini mission team.
The image, which was created from dozens of photographs taken by Cassini's wide-angle camera two days before the probe plummeted in to the depths of Saturn's atmosphere, paints a humbling picture of the gas giant and its iconic rings as well as several of its moons.

The incredible view mirrors that seen in a similar image taken by NASA's Voyager 1 spacecraft all the way back in 1980 as it headed away from Saturn and off towards the edge of the solar system."For 37 years, Voyager 1's last view of Saturn has been, for me, one of the most evocative images ever taken in the exploration of the solar system," said Cassini imaging team leader Carolyn Porco.

"In a similar vein, this 'Farewell to Saturn' will forevermore serve as a reminder of the dramatic conclusion to that wondrous time humankind spent in intimate study of our sun's most iconic planetary system."

NASA launches its own investigation into UFOs
6-10-2022

#2 Posted by Orphalesion 5 years ago

Could it just be a case of

#3 Posted by paperdyer 5 years ago

The shadow look like Saturn is taking a bite out of its rings. The picture is in color as the article states that red, green and blue images were combined to make a natural color image.  Color Science states red, green and blue are the three color primaries that make up white light. All other colors of light are made from these three.  Just like as modern color TV uses red, green and blue LED bulbs to make the colors on the screen.  When all are present you get white.  When none are present you get black. The rainbows we see are they three colors running together across the visible spectrum.

Paperdyer has pretty much summarized it but the image is also a mosaic put together in a computer.  The objective was a beautiful and enthralling image, as the science images are usually anything but except to the folks who understand them, which does not include us, something I think they accomplished fully.  Your rejection of it is confusing as the whole reason for making it was to let people see the beauty of our solar system but if you are so inclined to see them then the raw images, with minimal processing, are readily available at a NASA web-site.   If you are so brilliant then I am sure... [More]

#5 Posted by Gary Meadows 5 years ago

You summed that up perfectly! Cheers to you.

#6 Posted by Waspie_Dwarf 5 years ago

As you believe yourself to be such an expert maybe you should tell us exactly what an image of Saturn should look like. I would suggest that you take the following into consideration so as not to look foolish : There are many GENUINE experts on Saturn; astronomers (both amateur and professional), planetary scientists, spacecraft imaging scientist and engineers, and so on. They have vast experience and knowledge and do you know what they thing a good image of Saturn looks like? They think it looks exactly like the one you are rubbishing.

BTW, I can say with certainty that you have never viewed Saturn through an amateur telescope but I won't tell you how I know as I'd rather see you continue to embarrass yourself..

#8 Posted by Waspie_Dwarf 5 years ago

There is a very good reason why NASA produces mosaic images like this, and it is one that anyone with a rudimentary knowledge of photography and an ability to think logically should be able to work out for themselves... it is all a question of resolution. Sadly in this day of point and shoot compact digital cameras there are few people that actually have a rudimentary knowledge of photography any more. So to explain, NASA could take a wide angled shot of Saturn from distance (an indeed they have many times) but to explain why they didn't, lets do a thought exercise about a photographer with a ... [More]

#9 Posted by Waspie_Dwarf 5 years ago

It is also worth pointing out that the image will not look like a familiar image of Saturn because it is taken from behind the planet from the point of view of the sun, hence the planets is a crescent. Because Earth orbits closer to the Sun than Saturn we can only ever observe in a full, or nearly full phase. No image like this one is possible, or ever will be possible, from Earth. 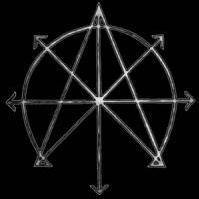 This is an obvious hoax. Saturn is flat.

#11 Posted by ShadowSot 5 years ago

Might be worth bringing up that Cassini was launched twenty years ago. It was state of the art then, but it's been in space now for 20 years without an upgrade. That term of  service is worth the investment.