Who is the prettiest camel of them all ? Image Credit: CC BY-SA 2.0 Fadi El Binni
Twelve camels have been disqualified from a contest in Saudi Arabia after being given Botox injections.
The bizarre incident, which has threatened to derail Saudi Arabia's annual camel beauty contest, saw several of the animals disqualified from the running after a veterinarian was caught giving them a series of Botox injections in an effort to make their pouts more alluring.

The contest, which judges the animals based on their physical characteristics, has very strict rules about the use of surgical enhancements to give any particular entry an advantage over the others.

"They use Botox for the lips, the nose, the upper lips, the lower lips and even the jaw," said Ali al-Mazrouei, the son of an Emirati camel breeder. "It makes the head more inflated so when the camel comes it's like, 'Oh, look at how big that head is. It has big lips, a big nose.'"This year's contest, which has over 30,000 entrants, is offering over $31 million in prize money.

"The camel is a symbol of Saudi Arabia," said chief judge Fawzan al-Madi.

<< Previous story
Alcatraz escapee sends a letter to the police 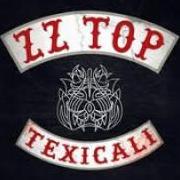 Bolded:  Now why does that disturb me?

The camels owners goats were not happy!

#6 Posted by ChaosRose 5 years ago

Who even finds the things aesthetically pleasing? Wait. I don't really wanna know.

A society that forces their female population to adopt restrictive, conservative attire, yet dishes out $31.8m in prize money for the most alluring, pouty camels? Nothing wrong there... no sir!

#8 Posted by UFOwatcher 5 years ago

"Beauty Contest" Will they have swimsuit competition?  This is just weird. Forget I even asked....

#9 Posted by Likely Guy 5 years ago

I thought the same thing but didn't have the cheek to say so    GRRRRR...  I was thinking, "alluring" to who, exactly?

#11 Posted by UFOwatcher 5 years ago

#12 Posted by BiffSplitkins 5 years ago

At least they didn't inject Botox to make their toes look more alluring.

lol.....i love camels......although have never looked at one and wondered how they got their lips so plump or if they had had cheek implants......and to think the prize money was 60 million dollars.....miss America doesn't win anything of the kind......and the judges never disqualify them for surgery.........

(Donald J. Trump is) The Worst President...
Science and Technology