Could thylacines still roam the wilds of Australia ? Image Credit: Benjamin A. Sheppard
Wildlife biologist Forrest Galante is known for finding live specimens of species thought to have gone extinct.
Hundreds of species are declared extinct each year, however not all of them actually have disappeared forever - leading to some seemingly miraculous discoveries.

Galante himself has previously succeeded in rediscovering the Zanzibar leopard - a species that was thought to have gone extinct in Tanzania 25 years ago due to human hunting practices.

His tools of the trade include traditional tracking methods and a wide variety of hi-tech gadgets.

"Animals are often declared extinct wrongly and without the proper investigation," he said. "The process in which a species is declared extinct is very vague. It's almost impossible to say something isn't there... that difficulty of proof leads to an ease of declaring something extinct."The Tasmanian tiger (or thylacine) however represents a whole new level of challenge.

The last known specimen held in captivity died at Hobart Zoo back in 1936 and while there have been fleeting sightings of the species since then, it has long been considered extinct.

Working in conjunction with researchers at James Cook University who are funding an extensive new study in to the animals, Galante hopes to find evidence that the thylacine is still out there.

"Whether we find the creature or we don't, what it does do is give us an understanding of what we've done wrong and what's left in the environment that we can work to save," he said.

The arm would probably do it. The New Guinea thing is a possibility, some believe a population of thylacines could have survived into the 20th century there. It would be good if you know what the locals called it when shown the pictures? Could have always just been a misidentification of the https://en.m.wikipedia.org/wiki/New_Guinea_singing_dog  Anyways we should probably stop derailing this thread. I’m sure we can pick it up in the other one if we need to.

The locals weren't educated but they knew their animals,it wasn't a dog they were naming when asked.I'm familiar with the singing dog as have been a dog enthusiast since young.Looks nothing like a thylacine anyway.Can't see it derailing the thread when discussing sightings of the animal subject.

Good to know, if someone would have done it when they were identified like a pest... he would have been seen like a fool anyway.

But how do you know it wasn’t a dog they were naming?  To you it might make sense, so what’s the full story? Me looking in from the outside with no facts and very little detail, you must see how it seems much more likely a misidentification or language barrier/translation issue.  What photo were they shown? Where was their tribe? What language did they speak? Did they also speak any English? What was the word they used? And how was it communicated that the word was for something other than a known species? (Also, if you hit the ‘quote’ button immediately under my post, or use @Timothy, I’ll ge... [More]

Its a long time ago but I remember my friend saying this,they were shown pics of dogs and other animals and picked this animal as different and named it (cant remember the name)I think they spoke pigeon English,but he spent years working with these people in some mining enterprise and seemed convinced.He was a serious person so I never doubted him on this.

Any chance he recorded the encounter and what they named it?  Yes sometimes you have friends you don’t doubt, but that really just leaves a nice story.

#29 Posted by oldrover 4 years ago

#30 Posted by oldrover 4 years ago

Thanks to a comment elsewhere I've just clicked where I've heard of this guy before. He did a programme about them a couple of years ago, and I can say that without any doubt this was the worst one I have ever seen. I'm pretty sure among the lowlights of which was passing of a photo dated to May 1930 (in fact one of the best kniwn tiger photis in history) as being from much, much later. Agonising to watch.

It doesn't sound promising then. I'll uncross my fingers and keep breathing 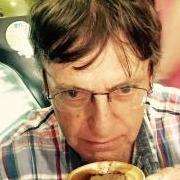 I was in Papua New Guinea in the early 70’s and am highly amused at the suggestion there would nave been difficulty in obtaining Thylacine pics back then.  I built up an extensive library of the unusual and mysterious and and think there wrre far more pics of most things cryptozoological back then than there are today on google images and the like.  Regarding mainland Thylacine study. There is currently an investigation of forest areas on the far south coast of NSw following a number of recent sigtings reported in that vast wild region (bordering Victoria)