You can now buy a holographic 'wife' in Japan

The unit has been targeted at 'single men who live alone'. Image Credit: YouTube / Gatebox Labs
The Gatebox virtual assistant takes the form of a holographic anime girl who you can interact with.
Voice assistants such as Amazon Alexa and Apple Siri have become increasingly popular in recent years, but now one Japanese company has taken things one step further by transitioning from a purely voice-based system to one that you can practically have a relationship with.

Originally only available in a limited capacity to customers who placed a pre-order, the Gatebox virtual assistant appears as a holographic anime girl named Hikari Azuma.

In addition to responding to voice commands, Azuma is capable of recognizing her owner's face, controlling various 'smart' devices around the home and can even send text messages.According to Gatebox, she has been designed to interactive "on a more personal level".

"Hikari Azuma is a character with a comforting charm," the firm stated. "Hikari Azuma will grow to be the user's ideal wife after further updates."

<< Previous story
Universe may be teeming with water-worlds

#13 Posted by GlitterRose 4 years ago

Virtual schmirtual. I want something that can fix stuff and take out the trash.

#14 Posted by GlitterRose 4 years ago

Imagine if it could fix the roof? That thing would pay for itself in no time.

#16 Posted by paperdyer 4 years ago

Can I have Caroline Munro, in her prime, as mine? (Sorry at work so I can't attach a pic.) You can Google her.  I'm sure our UK friends may know her.

#17 Posted by Orphalesion 4 years ago

I am already all digital if not totally binary, practically virtual, one might say ~

Don't think they've invented a pretty three-eyed holographic mademoiselle for you yet.  Maybe in version 2.0.

#20 Posted by ETXKiowa 4 years ago 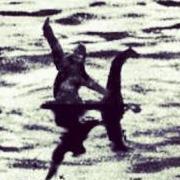 I bet they wont invent mother-inlaw robot (like all their other rubber skinned droids that all run for about 10 minutes and then need a 40 hour charge) But unlike China, (who seem to copy anything not nailed down) at least Japan tries out new ideas - even if they do often go over the top.

Agree, I also have to say ((with capitals) ALWAYS! polite and cordial and always trying other ways than what's in the lab oh and PUNCTUAL! in capitals and yes here and there an odd one but what place is absolutely perfect on this rock eh!?!?!