Is this the end for Opportunity ? Image Credit: NASA
Things are not looking good for the stricken rover which stopped communicating following a dust storm in June.
Back in September, NASA initiated a 45-day 'active listening' campaign - a strategy that involves sending commands to the rover and listening out for any signals that it may attempt to send back.

Sadly though, the deadline for this has now passed, making it increasingly likely that Opportunity, like its sibling Spirit, may have finally met its match on the surface of Mars.

The two rovers both landed on the Red Planet in January 2004 and far outlasted their original 90-day lifespan. Spirit ran in to trouble in 2009 when it became hopelessly trapped in soft soil. It stopped communicating in March 2010 and was declared dead by NASA the following year.

Opportunity had been doing fine until earlier this year and had even achieved the record for the longest distance driven by any wheeled vehicle on another world.After being placed in to low-power mode to help it weather a dust storm back in June however all communication was lost, leaving NASA struggling to regain contact.

As things stand, efforts to communicate with the rover will continue until January 2019.

"After a review of the progress of the listening campaign, NASA will continue its current strategy for attempting to make contact with the Opportunity rover for the foreseeable future," NASA wrote.

"Winds could increase in the next few months at Opportunity's location on Mars, resulting in dust being blown off the rover's solar panels."

"The agency will reassess the situation in the January 2019 time frame."

Next story >>
Climber finds cat on top of 8,000ft mountain
Recent comments on this story

#76 Posted by Waspie_Dwarf 4 years ago

That's rather the problem. The dust storm ended a month ago and the rover hasn't emerged squeaky clean.

#77 Posted by pallidin 4 years ago

#78 Posted by flabbins 4 years ago

All that money and time and they forgat to kit it out with wipers!

#79 Posted by Truth_Be_Damned 4 years ago 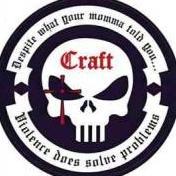 It was a joke which came from videos like these..

#80 Posted by Truth_Be_Damned 4 years ago

I believe what we are told, is not as truthful as it should be. Especially when those 'truth tellers' have their paws in the never ending tax payer cookie jar.

#81 Posted by pallidin 4 years ago

What do you feel is not "truth"? NASA and Company are extremely professional organizations comprised, in part, of people like you or I. Where is the "lie"?

Isn't it even more strange, though, 'TruthbeDamned' and 'flabbins', that those of us who are really into space travel and understand why/how spacecraft are designed, think that Opportunity was in fact, very, very well designed for its purpose?  How did Nasa convince us, do you think? There are plenty of serious engineering and space forums out there - do you see anyone other than the odd Conspiracy Theorist without much knowledge of either Mars or solar panel design and operation, complaining? And finally, and most importantly, how long has that rover lasted on Mars? (Hint - 5,250 days) How lo... [More]

#83 Posted by Truth_Be_Damned 4 years ago

My first post was not even hinting at or directed at the rover, or any object made, designed, thrown, or exploded by NASA. So you may get off your 'engineer high horse' and go parade it somewhere else. I never wanted to be a chemist or engineer due to the hubris, not for its ease in obtaining a degree. I feel NASA has hidden things from the public, how much? We may never know. Even the Smithsonian buries artifacts deep into their warehouses that may disrupt the narrative of the past. They try to say they do this so the people, religions, and civilizations do not get disrupted. The fact that th... [More]

#84 Posted by Waspie_Dwarf 4 years ago

People, before this gets too far off topic and down the well trodden "are NASA liars" path may I remind you that we have a forum for conspiracy theories and such a conversation would be better served there. Thank you.

It didn't have a passport to enter Mars so it's under arrest and pleads the fifth.

"In Search Of" the coming ice age

The geologic secrets of Lake Mead

In Search of Noah's Flood (How to Make a...
United States and the Americas