Nicolas Cage on Bigfoot, Nessie and the Yeti

Cage certainly seems to know his cryptids. Image Credit: CC BY 2.0 Kirk Weaver
The award-winning actor shared his views on a number of cryptozoological mysteries during a recent interview.
Cage, whose film career spans almost four decades, is certainly no stranger to the weird and wonderful having played a plethora of wild roles in more than 100 movies.

His latest film, 'Primal', sees him play a big game hunter who has caught a mythical white jaguar.

During an interview with the Huffington Post, cage spilled the beans, not only on the movie itself, but also on his thoughts regarding a variety of cryptozoological creatures.

His responses were surprisingly grounded.

First up was the legendary North American biped Bigfoot:

"Well, as much as I love the idea, I'm of the mind that he doesn't exist," said Cage. "I don't think someone of that, a primate in the forest standing upright.""I think that if Bigfoot did exist we'd probably have more proof by now."

On the topic of the Loch Ness Monster he said:

"Giant eel. Loch Ness is famous for its eel population, and if it was a plesiosaur, it would be trying to get air a lot more often. I don't think these people are making things up. I think they've probably seen an eel, and I think there might be some DNA tests to that effect coming up to the surface."

He was also asked about the mythical Yeti:

"Well, I think they had some talk about that," he said. "It's usually a bear. Most of the DNA samples come back as bear, so I don't think so. I'm sorry to say that."

"I love the idea of these marvelous creatures and to that effect, the gorilla was originally thought to be a myth and turned out to be fact. The coelacanth was a prehistoric fish, which is still alive."

Next story >>
Is Greta Thunberg in a 120-year-old photo ?
Recent comments on this story

#17 Posted by Robotic Jew 3 years ago

I too don’t believe they exist

If it's any help biggie don't believe in celebrities

#20 Posted by ThereWeAreThen 3 years ago

My bad. I must have misred what you said as I thought you were assuming bigfoot exist. My apologies.

Please don't.  Why would you want to feed those dragons?

#23 Posted by ThereWeAreThen 3 years ago

You take that back!

#24 Posted by GhostBreakers 3 years ago 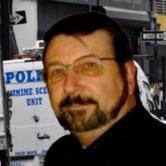 Dinosaurs and Dragons don't relate in any way. However, couldn't it  be as real as thinking that, linking 65 million year old Dinosaurs to modern day birds because of similar bone structure. If you are looking for comparisons? People believe that!  To make things clear to all. I personally don't believe in Big Foot but find the way people look at it as fascinating. My comparisons were to illustrate how people who believe in BF could rationalize it. Ok, all myths aside... There is NO debating Gigantopithecus existed and people may believe that evolution could have produced BF from them. However... [More]

Dont know much about his personal life but respect his work ethic. He's relentless pumping out new movies (been in over 100 films).

#26 Posted by The Eternal Flame 2 years ago

The occult mafia knows whe must not talk about cage ...