Universe may be expanding at different rates

It's an idea that flies in the face of everything we think we know about the nature of the cosmos.

"One of the pillars of cosmology - the study of the history and fate of the entire universe - is that the universe is 'isotropic,' meaning the same in all directions," said study lead author Konstantinos Migkas.

"Our work shows there may be cracks in that pillar."

As part of the study, Migkas and colleagues studied data from three major observatories to calculate and compare the inherent X-ray luminosity of over 800 distant galaxy clusters."We managed to pinpoint a region that seems to expand slower than the rest of the universe, and one that seems to expand faster!" wrote Migkas.

"Interestingly, our results agree with several previous studies that used other methods, with the difference that we identified this 'anisotropy' in the sky with a much higher confidence and using objects covering the whole sky more uniformly."

While there is still work to be done to corroborate and analyze the findings, it's an undoubtedly intriguing result that could serve to teach us much about the nature of the universe.

"It would be remarkable if dark energy were found to have different strengths in different parts of the universe," said study co-author Thomas Reiprich.

"However, much more evidence would be needed to rule out other explanations and make a convincing case."

#1 Posted by Waspie_Dwarf 3 years ago

@Tuco's Gas Firstly as a moderator: From the rules: Please provide links to material you quote.

#2 Posted by Waspie_Dwarf 3 years ago

Now as an ordinary member: Nowhere in your quoted article (which is from Britannica: HERE ) does it mention anything to do with the isotropy hypothesis. No where does it mention a lack of symmetry. It simply does not say what you claim it does. What it is ACTUALLY about is measuring dark energy by measuring the gravitational lensing of massive objects. Whilst you have ably demonstrated your ability to google I'm afraid you have not demonstrated your ability to understand either the original post OR the article you quoted.

ESA This is what I really love about it all...what they thought and what they found are all very interesting...but..Hey, let's just don't go with what we found...let's explore all the data to the Nth possibility first...that's what I think is so great about Cosmology and science in general.  There are reasons things go bump in the night. Let's explore them all and compare with the data we have.

#4 Posted by Imaginarynumber1 3 years ago

#5 Posted by DieChecker 3 years ago

I think I suggested something similar to this a couple months, to a year, back. That perhaps the expansion of space is non'regular and actually is bumpy. I thought such could explain the reports of "faster then light" observations, as the expansion variable would not be a known constant.

#6 Posted by bison 3 years ago

I thought nothing moved faster than light?

#8 Posted by egodiot 3 years ago 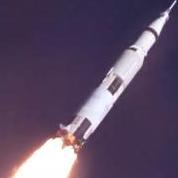 And why not? It?s big & cold out there. Get near something hot & things change. #thermodynamics

#9 Posted by DieChecker 3 years ago

I believe theres been several objects detected that appeared to exceed the speed of light. Some quasars, I believe. But, when they account for expansion of the universe, they drop below lightspeed. However a very few still appeared to exceed lightspeed, even with with expansion included. This might explain such irregularities.