One day, Starship will carry astronauts to Mars. Image Credit: SpaceX
After five attempts, the space firm has been successful in landing its prototype rocket without it blowing up.
Measuring 50 meters long, weighing in at 120 tons and equipped with six engines - three fixed and three movable - Starship is nothing if not ambitious.

Designed to carry cargo and astronauts all the way to Mars, this next-generation spacecraft is the real deal and could see the first humans set foot on the Red Planet in the not-too-distant future.

Before then, however, it will need to achieve several other milestones ranging from reaching Earth's orbit all the way to traveling to - and landing on - the surface of Mars.

To this end, SpaceX has spent the last few months launching a succession of prototypes several miles into the air with the goal of maneuvering them into position to land safely again on the ground.While the team appears to have (mostly) mastered the landing part - avoiding a catastrophic explosion after the rocket has touched down on the landing pad has proven rather more problematic.

Even with this latest test flight, a small fire broke out underneath the rocket after it had landed.

Eventually, once these kinks have been ironed out, Starship will be combined with a SpaceX Super Heavy rocket to produce the most powerful launch platform ever built.

Once that happens, a manned mission to Mars will seem like a much more realistic prospect.

#1 Posted by Jon the frog 2 years ago

Nice,there will be other crash for sure, they proceed with trials and errors increments. Crash is expected and welcomed during these trials.

#2 Posted by Waspie_Dwarf 2 years ago

Well, if you are in a generous mood, 3˝ failed attempts. SN10 was a partial success. It performed the flip and landing manoeuvre correctly, proving the concept was viable, but a slight loss in engine pressure meant that the vehicle made a harder than intended landing, which crushed the landing legs and resulted in a methane leak. The vehicle exploded 8 minutes after landing.   Absolutely, in fact, with the exception of SN11 which exploded when the engines were reignited for the flip manoeuvre, all the flights exceeded SpaceX's expectations. As for more crashes, starting with SN20(ish) SpaceX a... [More]

#3 Posted by Hammerclaw 2 years ago

We have to keep in mind that what we are seeing are testbeds for Starship technology, minimal functioning prototypes, not the actual Starship, yet to be built. SpaceX is seeking effective proof in concept as they proceed.

#4 Posted by Hammerclaw 2 years ago

The Starship gives me a '50s vibe, reminding me of the tail-sitter rockets in the '50s tv show, Men Into Space. 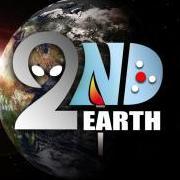 Payed for by the ingenuous minds who could predict the ridiculous profits of Bitcoin and Dogecoin!