What type of creature is this ? Image Credit: YouTube / Deborah Hatswell #BBR
Footage captured during an oil and gas expedition shows what looks like the remains of a truly enormous creature.
The intriguing video, which was posted online by Deborah Hatswell of BBR Investigations, was allegedly provided by a man who works with remote-operated vehicles on the ocean floor.

Captured in the Mediterranean back in 2017, it shows something very unusual.

"Now I must stress this video was taken by professionals who work underwater in oceans all across the globe," Hatswell wrote. "They know whale bones and come across them from time to time.""The dimensions of the skeleton on the video does not fit with the usual size for any sea life in the area. A whale has three blades on it's spinal bones each spaced 120 degrees apart and this creature seems to have only two."

The individual who provided the footage also added:

"The bones could be very ancient because I have seen many clay amphora sticking out of the mud and they have been there for potentially 1000's of years. The bones were about 30 meters long and very large and look more like they belong to a serpent of some kind."

So could this be some sort of undiscovered species of giant undersea creature ?

Next story >>
Obama on UFOs: 'we don't know what they are'
Recent comments on this story

Oil and gas ROVs are not gigantic. Google “subsea rov” or “oceanearing rov”. https://www.oceaneering.com/rov-services/rov-systems/   ive seen them operate. Likely what a lot of you all are saying- whale/shark.

#21 Posted by Poncho_Peanatus 2 years ago

#22 Posted by Future_Ikann 2 years ago

Appears to be a shark by the shape. But 30 meters? Whale Shark maybe?

#23 Posted by oldnatcole 2 years ago 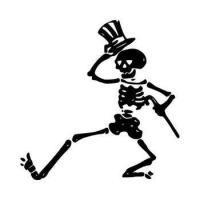 It could be the bones of an extinct whale.

#24 Posted by Raptor Witness 2 years ago

Not quite the right configuration, but a good guess.

#25 Posted by DieChecker 2 years ago

Intially, I thought this "sea serpent" could be a whale shark too due to the hourglass-shaped vertebra and the shape of what remains of the cranium. But then it wouldn't be the Mediterranean Sea and @DieChecker there aren't such long whale sharks... what actually is all just part of the so far unprovable eyewitness record and therefore has to be rated separate from its "bones" naturally. Anyway, it's not a whale shark. As I've checked the sea life in the said region, I found the fin whale (with an average size between 18 to 24 meters) which has the largest size and therefore would match the ro... [More]

#27 Posted by Conrad Clough 1 year ago

they actually look like fish vertebrae that are lacking the various processes, sometimes you'll see very similar shapes in cans of salmon that have been pressure cooked. The way the one crumbles when the claw tries to pick it up indicates to me that they are not fossils. My best guess would be some sort of shark (and probably not all that old, and much smaller than claimed).

#28 Posted by Manwon Lender 1 year ago

Wow, there are a lot of ideas in this thread, but it appears that everyone is missing a very important point. All of the mammals that have been mentioned would have had addition bones like ribs, not just a vertebra. There were no additional bones and the vertebra were not disturbed as if the creature had been fead upon by a predator. I would really love to see a follow up of this video with trained an ichthyologist better known as a marine biologist, I am certain they would have a viable answer to what the creature was.  That was really a cool video. JIMO

#29 Posted by GlitterRose 1 year ago