Incredibly, nobody was seriously injured. Image Credit: sxc.hu
A woman in Ohio ended up crashing her car at 190km/h after relying on divine intervention to steer the vehicle.
The bizarre incident, which took place in Beachwood, Ohio last month, saw the 31-year-old mother-of-one, who was driving with her young daughter, let go of the wheel and put both their fates to a roll of the dice after declaring that she had told God to take control of the vehicle.

Within seconds, the out-of-control car had smashed into another car at an intersection at 190km/h.When the emergency services arrived, both the woman and her daughter were relatively unhurt, however the 11-year-old was taken to hospital as a precaution after complaining of a sore head.

When quizzed by police about what happened, the woman explained that she had wanted to test her faith and had slammed her foot down on the gas while telling "God to take the wheel."

While God's driving skills seemed to leave a lot to be desired, perhaps the incident did see some measure of divine intervention given that, miraculously, nobody in either car was seriously hurt.

The woman, who was not intoxicated at the time, has since been charged with felony assault, endangering a child and driving with a suspended license.

#32 Posted by Audio Imagez 6 months ago

Did she have a 'Jesus is my copilot" bumper sticker?

Someone should be selling "Jesus on board , keep your distance " bumper stickers by now...  ~

#35 Posted by Silent Trinity 6 months ago

Ok whatever your views on religion and spirituality, that is just crazy behaviour and clearly mentally unstable.

Maybe someone could drive this person to the nearest mental institution and explain to her what God's role in some peoples life really is.

#37 Posted by Robotic Jew 6 months ago

Makes sense since cars didn't exist back when god was invented.

#39 Posted by GlitterRose 6 months ago

Sort of missing the point that she should not have done it. 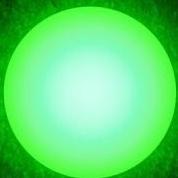 Tried to kill herself and the child but missed it... Probably better to put her in prison or asylum, she will try again for sure.

Bigfoot Encounter on Christmas 2014
United States and the Americas

Old man of the lake

Record Number of Americans Have No Relig...

The religious beliefs of Jimmy Page, the...
Philosophy and Psychology

Liminal Spaces: Why do they make us feel...