The psychic allegedly failed to lift the curse. Image Credit: CC BY-SA 3.0 Malcolm Lidbury
A man in the US is suing a psychic who he claims had failed to remove a curse put on his marriage by a witch.
The bizarre lawsuit has been filed by Mauro Restrepo from California who was told that his former girlfriend had asked a witch to place a 'bad luck' curse on his marriage.

His psychic - self-proclaimed 'love specialist' Sophia Adams - had told him about the alleged curse during a tarot reading session and emphasized that it would ruin him if it was not removed.

She then offered to exorcise the spell for the princely sum of $5,100.

In the fraud lawsuit, which was filed with the Torrance Superior Court, Restrepo is seeking $2,500 in damages having paid an initial deposit of $1,000 to have the curse lifted.The psychic's intervention "did not in any way help" his marriage, he argued.

In addition to the damages, his charges against her include negligence, civil conspiracy and both intentional and negligent infliction of emotional distress.

Given the peculiar nature of the case it's hard to know exactly how things will turn out, however it seems likely that Restrepo will at least be able to recoup the money he spent.

As for the curse - it's doubtful than anyone will be able to actually prove its existence in court.

Then again - proving that it doesn't exist is likely to be just as difficult.

<< Previous story
Is it possible to hear the Northern Lights ?

#8 Posted by Colonel Zodiac 8 months ago 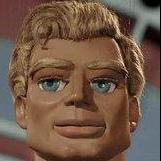 People handing over cash hoping to remove an imaginary curse. Doesn't this happen on a wide scale every Sunday morning?

I actually wonder how popular the paranormal would be if more people were held accountable for their claims.  Not nearly as much as it is presently I would imagine.

I'm trying to work out which of the parties is lower scum, but I think it's nearly a draw.  Hopefully the judge will immediately dismiss it, tell them they all deserve each other, and charge them a shitload for wasting the court's time.

#11 Posted by preacherman76 5 months ago

That’s true. If I were going to be punished for telling people the things I’ve experienced just because I can’t physically prove them to be true, I wouldn’t talk about it at all.    Wouldn’t make my claims any less true though.    ETA speaking in general of course. No I don’t believe this man had a curse, nor do I believe this other person could remove said non existent curse.

Some may argue the curse occurred on the day they wed and didn’t need a ghost for it.  Sigh.

Oh brother, i worked at my friends Santeria botanical to learn more about herbs, oils and incense,  People spend a lot of $$$ to get curses removed, if the spell worked my friend was much powerful if the spell didnt work it was customers fault for lacking faith, mucking it up you name it. Im still waiting for that member to conjure that demon he claims he can and show it to me. Hocus pocus bogus focus

#14 Posted by stereologist 4 months ago

#15 Posted by stereologist 4 months ago

A huge scam is the introductory reading scam. People drop in and get a reading and charged say $10 or $20. Later on they get a phone call that they need to come in for a second reading that is on the house. During this follow up reading a curse of some kind is determined that had been hinted at on the first reading. The first reading of course is to locate suckers. The free follow up is to verify the sucker and tell them that there is evil lurking. Then come the expensive services which in Florida have fleeced people of up to a quarter million. The marks are told that special incantations need... [More]

#16 Posted by stereologist 4 months ago

https://www.nytimes.com/2019/09/10/us/florida-psychic-fraud.html Later we learn about the ex-NYC cop that is helping get these hoaxers that are bilking people.

#17 Posted by Buzz_Light_Year 4 months ago

I wonder if the psychic seen the lawsuit coming.