What exactly is this thing ? Image Credit: Gakk1023 / Unexplained-Mysteries.com
A chance photograph taken by a random attendee at a rave many years ago shows something profoundly unusual.
The peculiar image was recently posted up on our forum by one of our members - Gakk1023 - who was keen to learn more about the image having held onto it for many years.

"I've had this image for several years and have never really sought out answers from others," he wrote. "I've googled a million things, but never turn up anything. I'm sure it has a very logical explanation, just don't have enough experience with light oddities or camera tricks to know."

"WAY back when I attended a super cool warehouse rave (and I was under the influence if that matters lol). There was some great DJs and live music and people were recording and taking pictures on their phones. I had someone I don't know come up to me and ask me if I knew what this was."

"I didn't know what to say, but asked for the photo. I held onto it for years because it looks cool."The image itself shows what looks like a neon blue 'snake' wrapped around his body, with an additional multi-legged 'creature' sitting on top of his head.

While it's quite possible that the whole thing is simply a photographic anomaly, it is certainly unusual.

Exactly what conditions could give rise to such a specific optical effect remain unclear. 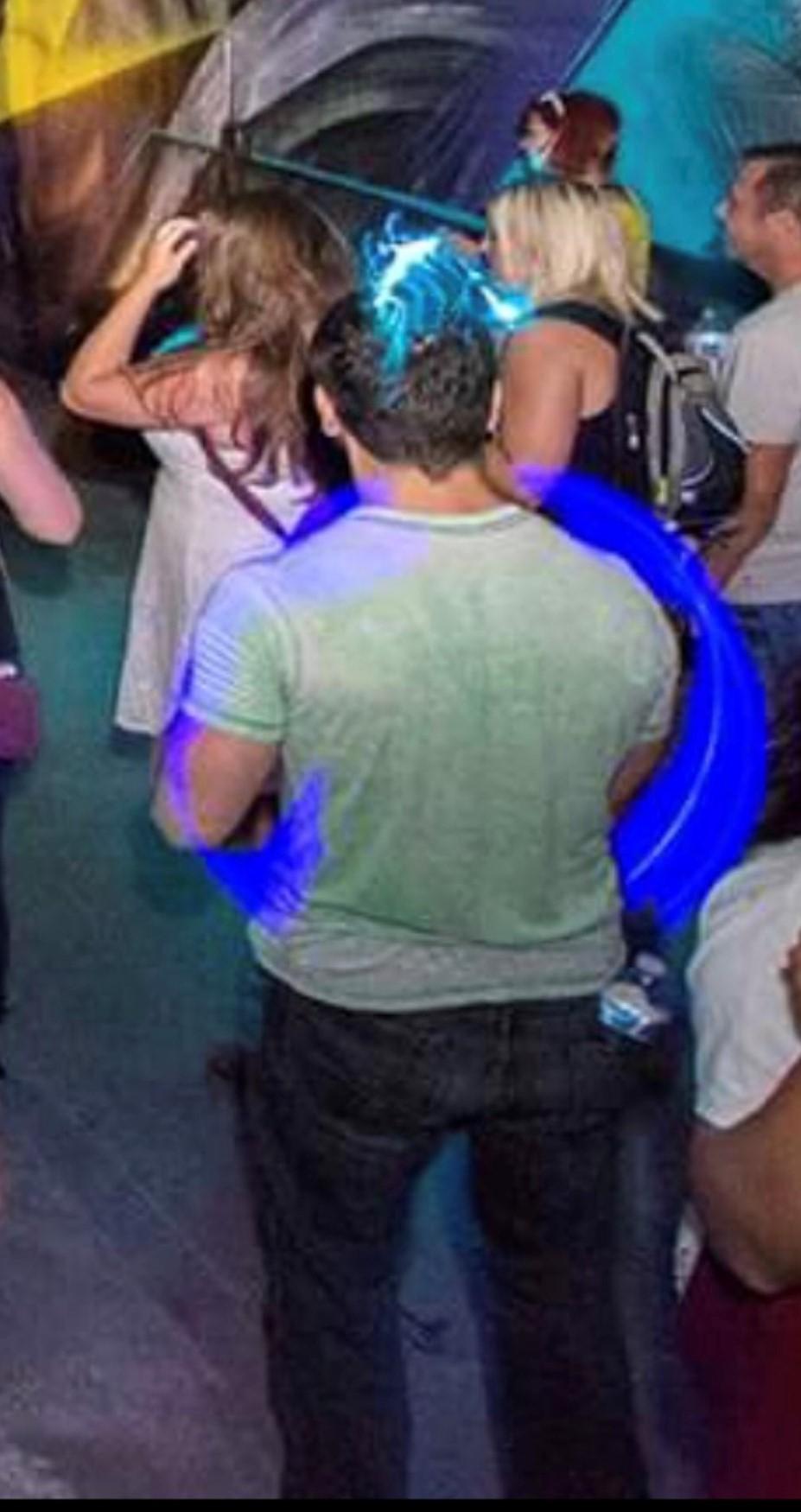 Hi NinoWhite301,   Thank you for the information and input. Part of me was kind of wondering if this was nothing in that nature, so yeah. That's why it was posted here. But at the same time, I'm super sceptical of most things; but I also keep an open mind. I wanted to send you a message to ask a couple of questions regarding this, but my account is too new.  I'll definitely check out those resources for further education on the subject. Thank you again

II'm pretty sure the blue 'snake' is just the effect of the guy dancing with a glow stick in his hand and swinging it back and forth round his body at great speed (acid makes you do that). The head thing looks very much like a flickering laser effect that flits around the room rapidly. This one looks like it's emanating from the top right corner of the pic if the hue of blue is anything to go by.  Used to drive me bonkers them things. Or maybe that was the 'E's. My guess is two different effects caught in one picture. Pretty cool.

The darker blue around the body makes me think that there was a blue laser that is hitting him on the other side causing a silouth like outfit. Like someone standing in front of a spotlight.

Yep, that's a very good interpretation.  And it shows how having the EXIF would be handy - I'm guessing that this was in very low light, and the camera has used a long exposure, eg of 2-10 seconds, but has also fired the flash.  So you end up with a snapshot that the flash illuminated, superimposed over the time exposure during which the guy swung around his light sabre or whatever it was to create the arced path - you'll note it is 'broken' roughly where his neck and arm could have obscured it.  I'd say the other 'thing' above/on his head could be someone else's phone, being used to take a pi... [More]

Worked in clubs and played many raves and club nights and I think it's a moving blue or black light catching the inside of the lense. The thing on his head is not just on his head. It stretches out and is on the two girls either side. It may be reflecting then hitting the lense but that blue just makes me think lighting rig.

Thank you everyone for your contributions and comments.  I honestly wasn't sure what to make of this image, but now I have several things to consider. It was definitely strange and I wanted to share it and see what others thought.  I figured it could've just been some weird lighting effect or camera malfunction that I had not thought of. Nonetheless, I still think it's a pretty cool image. Thanks again.

#20 Posted by Poncho_Peanatus 2 months ago

thats the ghost of a Hallucigenia Sparsa, probably in ancient times there was a sea bed. https://en.wikipedia.org/wiki/Hallucigenia

This is the 1st time I've seen anything even close to what I saw in a Casino in Laughlin NV in 2014. Me and my Girlfriend  are standing back in the corner of this 120 year old hotel casino people watching.. not drinking, or anything else.. When out of nowhere whizzing past me in a flash was a ribbon of blue light. The thing is, the second I saw it shoot past me, waist high like a blue bed sheet it went straight into my Girlfriends leg, she grabbed her leg at that instant and said, "****! my leg just got like electrocuted! what the hell"..   She did not see it, but felt it.. I didnt feel it but... [More]

That reminds me of something that happened in the 80's.   I opened the dryer to get the clothes out and when I bent down to pull them out I felt something like an electric shock go through my head.  I stood up thinking there must be a short or something but my hands were covered in an electric blue light.  It was not like the photo posted here, it was more transient.   I held my hands up to look at them and there was an arc between them.   It lasted only a few minutes then everything seemed normal. The really weird thing is that the next day I told my friend at work and he insisted I meet his ... [More]

Well there you go now we got demons hanging all over us sucking out our soul. Zoom in on the other people there it’s a glow necklace or something similar hit with a laser.

This was mRNA’s breakout year, and scien...

Why did scientists suppress the lab-leak...
Cryptozoology, Myths and Legends

The casimir effect, could it be a possib...
UK and Europe