What did Parker Jr's visions really mean ? Image Credit: CC BY 2.0 Gerhard Uhlhorn
The abduction of two men by alleged alien entities almost 50 years ago remains one of the world's most chilling abduction cases.
The incident itself took place on October 11th, 1973 in the Mississippi town of Pascagoula.

Calvin Parker Jr and Charles Hickson had been out fishing when they reported witnessing a strange oval-shaped object with blue lights descending from the sky. The craft was said to have made a peculiar whizzing sound and eventually came to rest a couple of feet above the ground nearby.

Three strange creatures emerged from the object that were vaguely humanoid in shape and stood approximately 5ft in height. They had no discernible eye sockets and only a small slit for a mouth. In place of hands they had lobster-like claws and seemed to move in an inhuman, robotic-like manner.

"These things got to us. Two got a hold of Charlie, the other got a hold of me and they turned around and they was carrying us back up inside of what I know now is a UFO, a spaceship or whatever it was and we was going toward that big bright light," Parker later recalled.

Once aboard the craft, the two men were subjected to a detailed physical examination.The incident seemed to end as abruptly as it had begun as Hickson and Parker found themselves back on the beach with no sign of the UFO and no indication that anything had happened.

Hickson maintained until his death in 2011 that events happened the way he described them, while to this day Parker also remains adamant that their story is true.

Now 68, Parker has since spoken of visions that he experienced at the time depicting a number of disturbing world events including the plague and World War 3.

"As some of you will know I had a near death experience while on board this craft," he said.

"This was when my blood was drained out of me and then replaced with what I still don't know. Then things were shown to me, things from the past, present and future."

"Maybe I was handed a curse or it could be a way to help save our planet or mankind. But it scares the hell out of me not for me but for the future of all of us."

"I would not want to leave here knowing there could be something I could do to help someone."

Professor offers 'out there' theory on alien abduction
4-2-2022 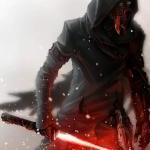 Maybe he didn't know what this disease was so he just called it the plague?  As for WW3, its gonna happen lol. One of my friends very intuitive and he bluntly told me WW3 is going to happen...when I asked when he just said "sometime around christmas". He didn't give me a specific year though.

I've studied the case a fair bit. There's a lot of old threads on it here  I personally think they got drunk and got carried away getting to know each other. I would say that the most likely conclusion is that he is nuts. I think his perceived sin, in such a religious community, drove him over the edge. When they went to the sheriff The smelled like industrial breweries. Combine that with the ridicule they also copped for the crazy story and I think it's a recipe for a nervous breakdown.

Seafood abduction from doing LSD on the beach in the 70’s case closed.

#24 Posted by ercbreeze 9 months ago

He can't even get the aliens right.  There is another site where he mentions they have lobster claws for hands, but one of them stuck her FINGER up his nose!  lol    hmmmm . . .

Well, actually, "The Plague" means bubonic, pneumonic, or septicemic all caused by the Yersinia Pestis bacterium usually spread by rodents.  But some people don't know that and if this guy was not living in the southwest U.S. "the plague" could have meant all kinds of things to him.   However, there are always people who will take something said many years ago and try to hammer it into a prediction.   He didn't call it a virus or pandemic and he supposedly was abducted about the time we had the Hong Kong flu pandemic which would have given him context if that was really what he was being told ... [More]

#27 Posted by stereologist 9 months ago

Ill be honest, i wrote this guy off long ago and i havent a clue what he might have claimed thru the years, I do know he is one that has had a habit of adding to his story with some weak excuse why he didnt include that detail in the first telling. A reason i wrote him off.

#29 Posted by HandsomeGorilla 9 months ago

Yeah so did Bill Gates and Mitt Romney, they didn't get abducted by aliens...well Romney believes god lives on Planet Kolob, but still.

Did Jesus really preach that sermon?
Space: Exploration and Spaceflight