Is there an 'anti-universe' that runs backwards in time ?

Could there be a mirror universe in which time runs backwards ? Image Credit: CC BY-SA 3.0 Kuroiniisan
A radical new theory aims to solve many of the universe's biggest mysteries, including dark matter.
The fact that time moves forward is about as fundamental as it gets, but what if there existed an 'anti-universe' - a mirror image of our own universe which runs backwards, rather than forwards in time.

In a new study, scientists have put forward the idea that this counterpart to our own universe could help to balance out phenomena which appear inherently unbalanced from our perspective and to explain various long-running mysteries such as the exact nature of dark matter and dark energy.

The anti-universe would be the stark opposite of everything in our own universe, a place in which time runs backwards - where every positive charge is negative and every negative charge is positive.But if such an 'anti-universe' actually existed, would we be able to see any evidence of it ?

Perhaps not directly, but the study authors suggest that learning more about neutrinos could potentially provide indications that this theory is not as 'out there' as it sounds.

As things stand, however, there is no way to definitively confirm its existence.

<< Previous story
Weird cat-lemur-weasel has been baffling the Internet

Next story >>
Mermaids: beautiful enchantresses or harbingers of doom ?
Recent comments on this story

#7 Posted by ouija ouija 8 months ago

It all depends on context. In their day-to-day lives some people would definitely benefit from thinking a little more . . . before speaking, before acting . . . and yes, some useful technology has come about because someone, somewhere kept on going with a train of thought, however, I believe that 'endeavouring to understand how the universe works'(never mind anti-universes!), is a waste of brain power when there are so many, many problems here on Earth that need solving right now. I think it is a form of escapism, and there is nothing wrong with that, I guess, but I think it is also a refusal ... [More]

#8 Posted by lightly 8 months ago

I’m beginning to think that the universe comes into existence, spontaneously,   Now/forever.  ..and that “time” is what we experience as this IS happening.   !?

#9 Posted by Xetan 8 months ago

What does "time moves backwards" actually mean in this context? If they're implying that there's an alternate version of myself running in reverse, that would almost certainly imply that I am not actually a being. Just a series of collisions on a mathematically quantifiable and predetermined course.

According to the Uncertainty Principle in Quantum Physics, they are BOTH true.

"Some useful technology"? All technology has come about in this way. All technology is the practical offshoot of scientific endeavour, almost all of which is born out of unguided exploration.  You cannot guide science in this "we must only research x" kind of way, because we have no idea what kind of practical technologies we'll develop out of a given scientific field. I think people assume that scientific and technological discoveries happen in this strict, planned out way - "I'm going to invent the radio, and to do that I must first discover radiowaves". This is not how it works. A really go... [More]

No, I'm not sure that's what the uncertainty principle states.

#14 Posted by ouija ouija 8 months ago

see bold above. You've got the wrong end of the stick ! My point was that 'endeavouring to understand how the universe works' shows how limited our brains are. 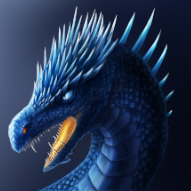 What if the universe is pitch black still and we are just imagining the two halves of it moving around. Think about it.

Cannabis is no better than a placebo for...

Monkeypox to get a new name, says WHO