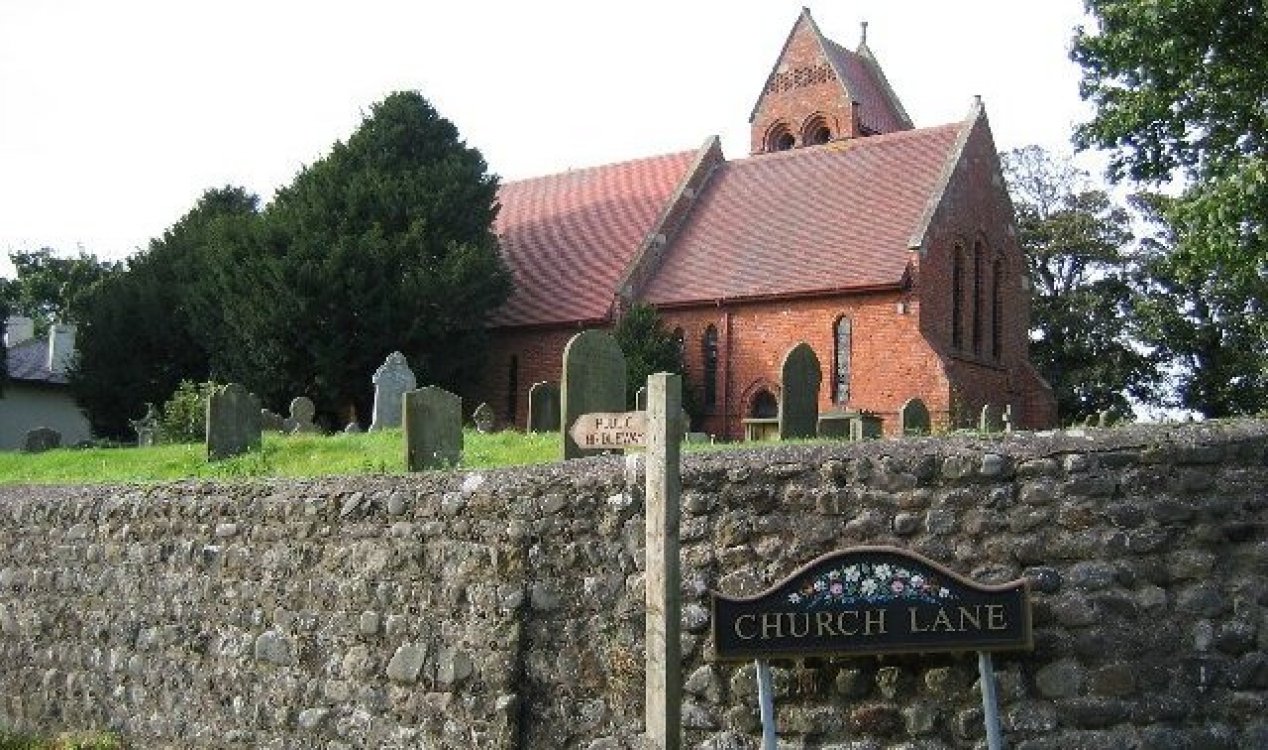 St Lawrence church. Image Credit: CC BY-SA 2.0 Stephen Horncastle / Geograph.org
A pair of paranormal investigators had a terrifying experience with a mysterious growling 'creature'.
The incident occurred around 8 years ago when Vic Harbord and Christine Townend, along with members of the East Yorkshire Society Research group, decided to conduct an investigation of the St Lawrence church in Atwick, England in the hope of encountering something paranormal.

They brought along a 'spirit box' (an electronic device used to pick up disembodied voices) in the hope of establishing a dialogue with a ghost and asked out loud if anyone wanted to communicate.

They quickly got more than they bargained for, however, when Christine began to hear what sounded like a growling sound coming from the immediate vicinity.

"Going into the church ground I got an eerie feeling straight away," she said.

"It wasn't long into the investigation when I actually heard like a growl... I heard it three then four times and after the 4th time I just couldn't believe what I was hearing. I thought 'well this is ridiculous'.""When you hear a growl it's a negative energy. It's inhuman. It's obviously not very nice."

The pair later discovered that, according to local legend, Atwick was once terrorized by a 'hobgoblin' - a demonic creature said to be capable of shapeshifting from one form to another.

In the end, they were both so spooked by their experience that they ended up getting ordained.

"Still to this day we're not 100% sure what we encountered," said Christine.

#8 Posted by stereologist 15 days ago

New and improved papameter 100% people who go to a location with a preconceived notion in their heads might suggest they found what they were expecting Growls are not unusual. I sometimes hear a growl by my house. It might be the bear, even deer make odd noises, or a tree rub. Sometimes the A/C shutting down makes odd sounds like footsteps or breathing or yes even growls. Too bad these folks only had a Frank box and not recording equipment to allow the source of the growl to be identified.

Nah, they found a hobgoblin apparently.  Religion was just symptomatic of how they aren't coping with finding a hobgoblin.

#10 Posted by jethrofloyd 15 days ago

We had a few of them in the misses's Salem stewardship forest. We called Terminex because Orkin  couldn't help us. They did a spot on job but the disposal fee was pricey.

#12 Posted by jethrofloyd 15 days ago

You can buy a spray for killing a bigfoots yourself.

A 'spirit box' ???  So spirits are electromagnetic/electrostatic/other? BS Schematic please

Why not using a recorder or way better, to bring a shotgun and getting some solid proof.

#16 Posted by stereologist 13 days ago

OMG, there could be a bigfoot living in my attic. I saw the movie Crawlspace! https://www.imdb.com/title/tt0090881/?ref_=nm_flmg_act_6