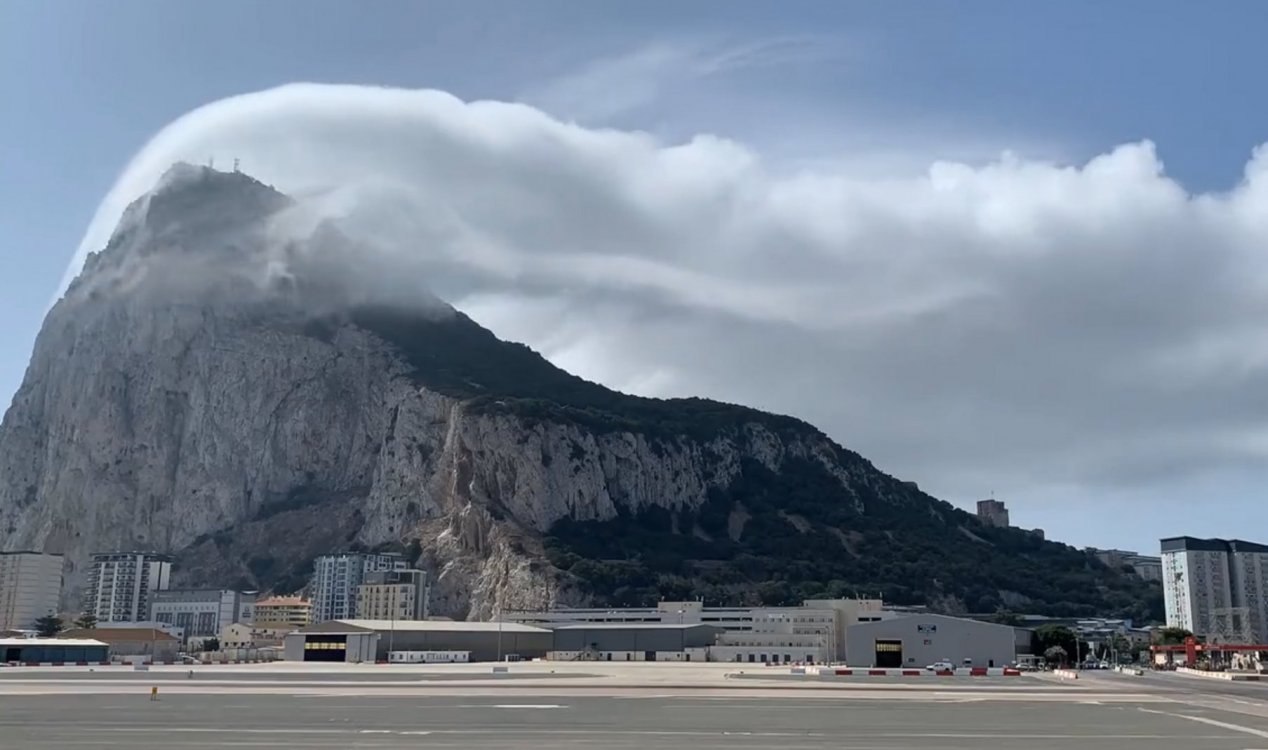 The time-lapse footage (viewable below), shows billowing clouds flowing like water over the peak of the 426-meter-high Rock of Gibraltar - as though a giant smoke machine was being aimed at it.

According to the Met Office, this particular cloud formation is known as "Levanter" in the local area, but is perhaps better known as a "banner cloud" in general terms.Such clouds are created when strong winds blow moist air against a hill or mountain, forcing the air upwards towards the peak, after which it cools, causing the water vapor to condense into clouds.

In this particular case, the wind can be seen blowing the newly formed clouds away.

The resulting phenomenon is spectacular to say the least.

#2 Posted by Orphalesion 14 days ago

Im a born and bred Gibraltarian living in Gibraltar. This event is not rare in the slightest. Next time it occurs I will take a video and post it here.