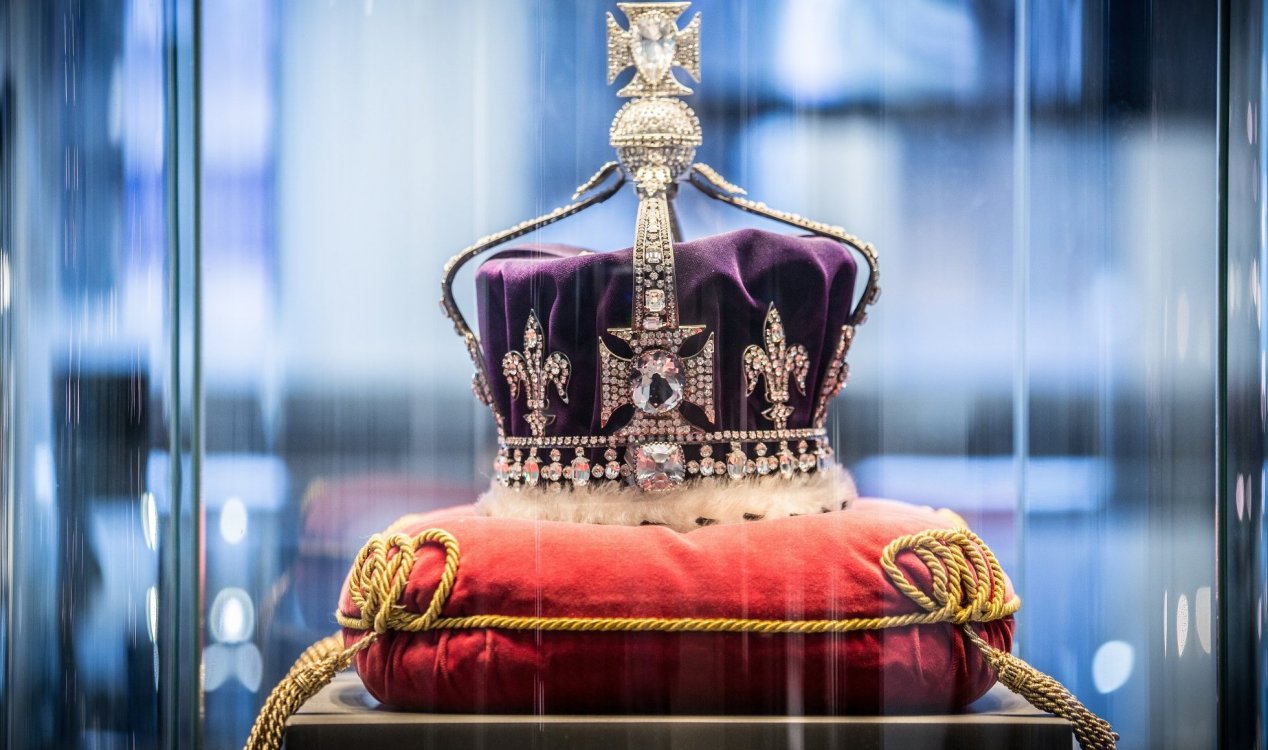 The world turned out to pay its respects. Image Credit: CC BY-SA 4.0 AlinavdMeulen
An ITV News broadcast of the event was mysteriously interrupted by a whispered female voice.
It was a day of mourning - not just in the UK but worldwide - as people from all countries and all walks of life paid their respects to the late monarch Queen Elizabeth II after her 70 years on the throne.

The funeral and processions were covered extensively on television, with multiple channels in the UK providing live coverage of the entire day's events along with a dash of commentary.

One live feed managed to generate a great deal of intrigue for a very different reason, however, thanks to a strange technical glitch that caused an unknown voice to interrupt the broadcast.

It happened on ITV which had been showing the Queen's coffin being driven to its next destination along the crowd-lined streets of London.

All of a sudden, a whispered female voice can be heard saying - "the death is irreversible and the fact that she's trapped..." - before being cut off by a male presenter who was commenting on the footage.Viewers who had been watching the channel at the time were understandably surprised - who did the voice belong to and what exactly was she talking about ?

Many took to social media to express their surprise and to discuss what might have happened.

Theories ranged from a technical glitch to supernatural intervention, but the most likely explanation was that it was the voice of grief expert Julia Samuel who had been speaking on the channel a few minutes earlier; perhaps she had simply forgotten to take off her microphone.

Whatever the case, the nature and timing of the error was certainly strange.

I'm obsessed with this what the hell happened @itvnews pic.twitter.com/uu2ONYoktW

The voice tone does sound alot like Julia's, but the actual style of delivery reminds me of a TV drama; possibly the audio feeds may have crossed with another channel. There may be someone who remembers hearing this on a TV soap or even a movie that was broadcast on TV at that time. I would love this to be paranormal though, as many of us would.

Oh well, I guess not being English or familiar with any of this, I would like a simple dumbed-down version of what this is all about. Can anyone help me out?

Technical cross-talk. In other words another correspondent mistaking left their own mic on and was jabbering.

Clear as mud still.What’s that got to do with Princess Diana?

Nothing. Just some people suggested the "ghostly" voice was hers online

Well, why the mystery? Couldn’t the broadcast company or the speaker themselves solve the mystery? Has that happened? Could you or someone better with British accents tell what she said?

According to an article I found: Listeners all over the world were shocked at this unexpected “hot mike moment” and though the newscasters quickly recovered, there is no word about whose voice it was being broadcast.   Now, I'm getting a little curious.

Certainly doesn't sound like anything positive or pleasant. Being that cryptic and vague, I'd bet it's a joke. It sounds like Carol Anne (Poltergeist) speaking through the T.V.

#22 Posted by Dreamer screamer 1 day ago

This just comes under Weird because of all the conspiracy surrounding the German Windsors.

It's been a few days now and I just checked and can't find that any corporal speaker has been identified or self-identified. Hmmm.....

Saudi woman jailed for 45 years for soci...
UK and Europe